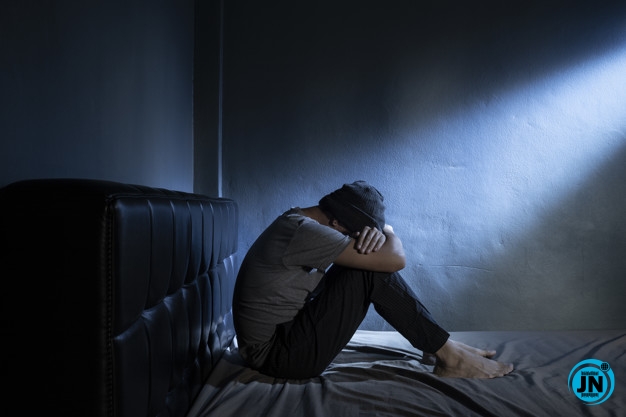 Young man is left to bear the blame for his parent’s separation after exposing his dad’s extra marital affair with another woman.

According to a narration by a Twitter user identified as @theglowstitches whom the young man in question sought advise through, after exposing his dad’s affair, his parents separated and his mother ended up marrying an abusive man.

Being the cause of the marriage dissolution, he chose to be with his mother until she passed on after getting involved in a car accident which he blamed himself for.

See the full narration below …

At 19, He saw his dad cheat and told his mom. The marriage ended and of course he got to stay with his mom. However, the man his mom remarried to was an abuser and she didn’t leave.

His mom is late now, died in a road accident but he can’t move on. He keeps asking, what if he didn’t say anything? what if his dad changed? what if karma is waiting for him too?.

Ths is why he’s still single. E pass me, I say make I ask una.

I missed some details, but I can’t post screenshot because there are too many details in it.

His dad didn’t get married again too He has two elder siblings who indirectly blame him till date.” 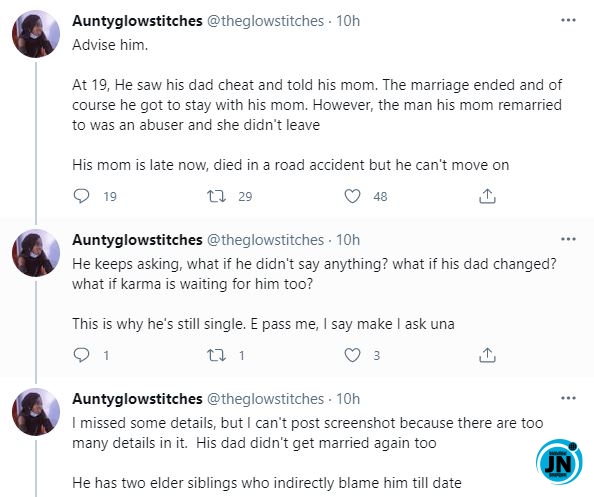 BBNaija Season 5: See The 4 Housemates Causing Reactions And Making Viewers Talk On Day 1 (Photos)
Check out What Burna Boy Said On Twitter That Has Been Causing Stirs Among Wizkid Fans
Is BBNaija’s Venita Getting Married? These Pre-wedding Pictures Are Causing Confusion
“You people are causing problems for me” – Erica blows hot as she finally reacts to claims of dating a footballer (Audio)