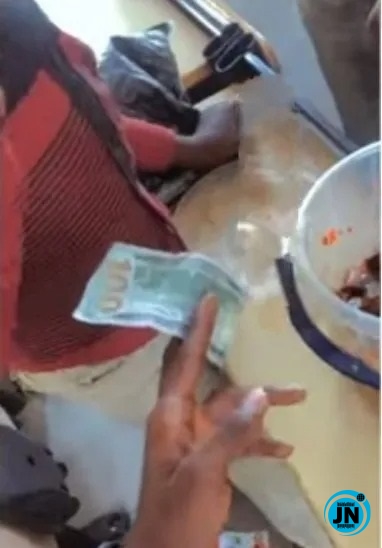 A viral video that captured the moment a food hawker turned down a $100 bill and insisted that she should be paid 700 naira has stirred reactions online.

The young lady who hawks peppered meat sold 700 naira worth of meat to a group of young guys who called her patronize her. However, when the guys wanted to pay instead of 700 naira, they offered her $100.

In the video now making the rounds online, the lady refuses to collect the $100 and insists that they pay her 700 naira.

The video generated mixed reactions from netizens. While some claimed that the lady rejected the money because she didn’t know the value compared to the 700 naira she was asking for, others opined that she did the right thing as the money could have been fake. 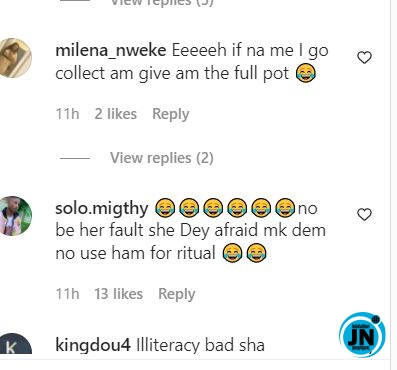 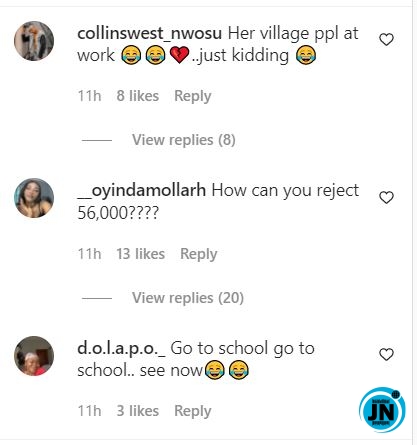 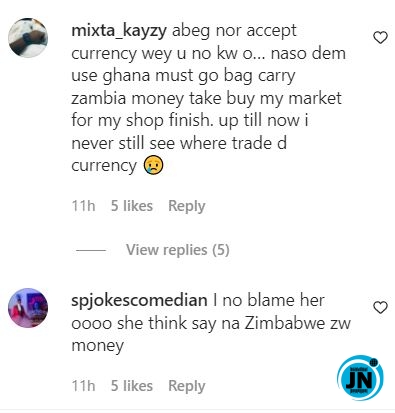