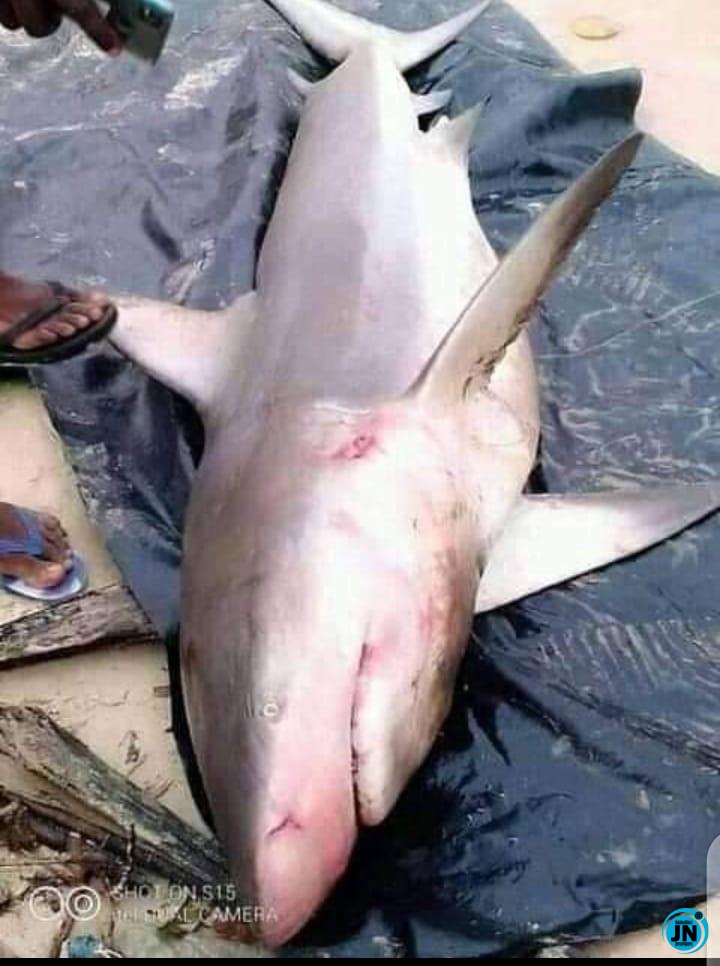 A fisherman in Andoni, Rivers State has made a big catch for a baby shark a few weeks after a blue Marlin fish was caught.

Recall that some weeks ago, we reported about a fisherman in River State, that caught a huge Marlin fish. And it is estimated to have cost about 3 million dollars.

Well, as of today, another fish has been caught from the same sea, in River State. 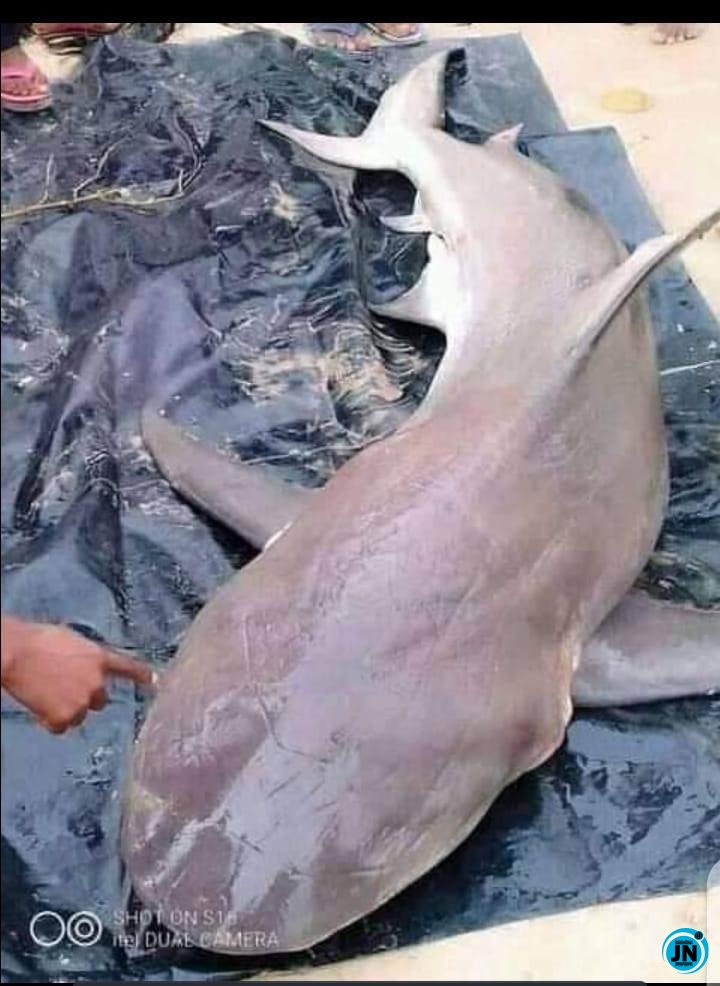 According to Zion Godwin, a Facebook user, who lives in Andoni LGA of Rivers State. He has taken another photo of a baby shark caught in the sea.

He captioned the photos as;

“Today another fisherman caught the shark this morning on Oyorokotor, the same place where blue marling was also caught. God has blessed Andoni”. 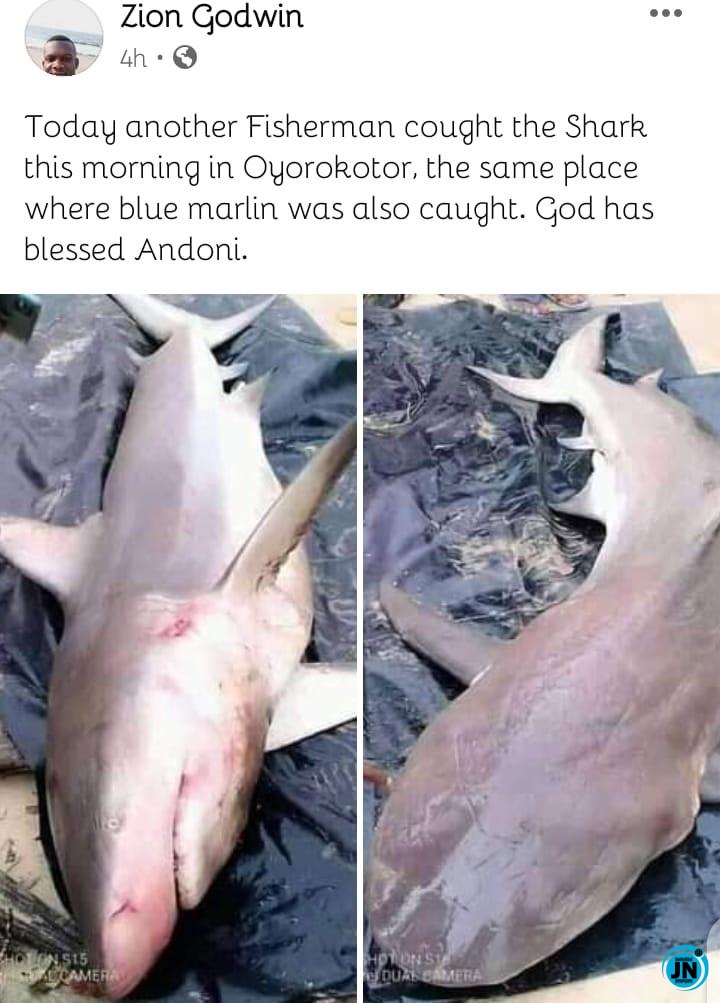 Simi Reminds Adekunle Gold Of The Promise He Made To Her As She Clocks 33 Years
Tonto Dikeh Tackled By Followers After Revealing Result Of Her Coronavirus Test
#BBNaija: “I pray you win or I win the Head of House games today” – Liquorose tells Emmanuel
Portable set to begin community development project in his hometown (Video)