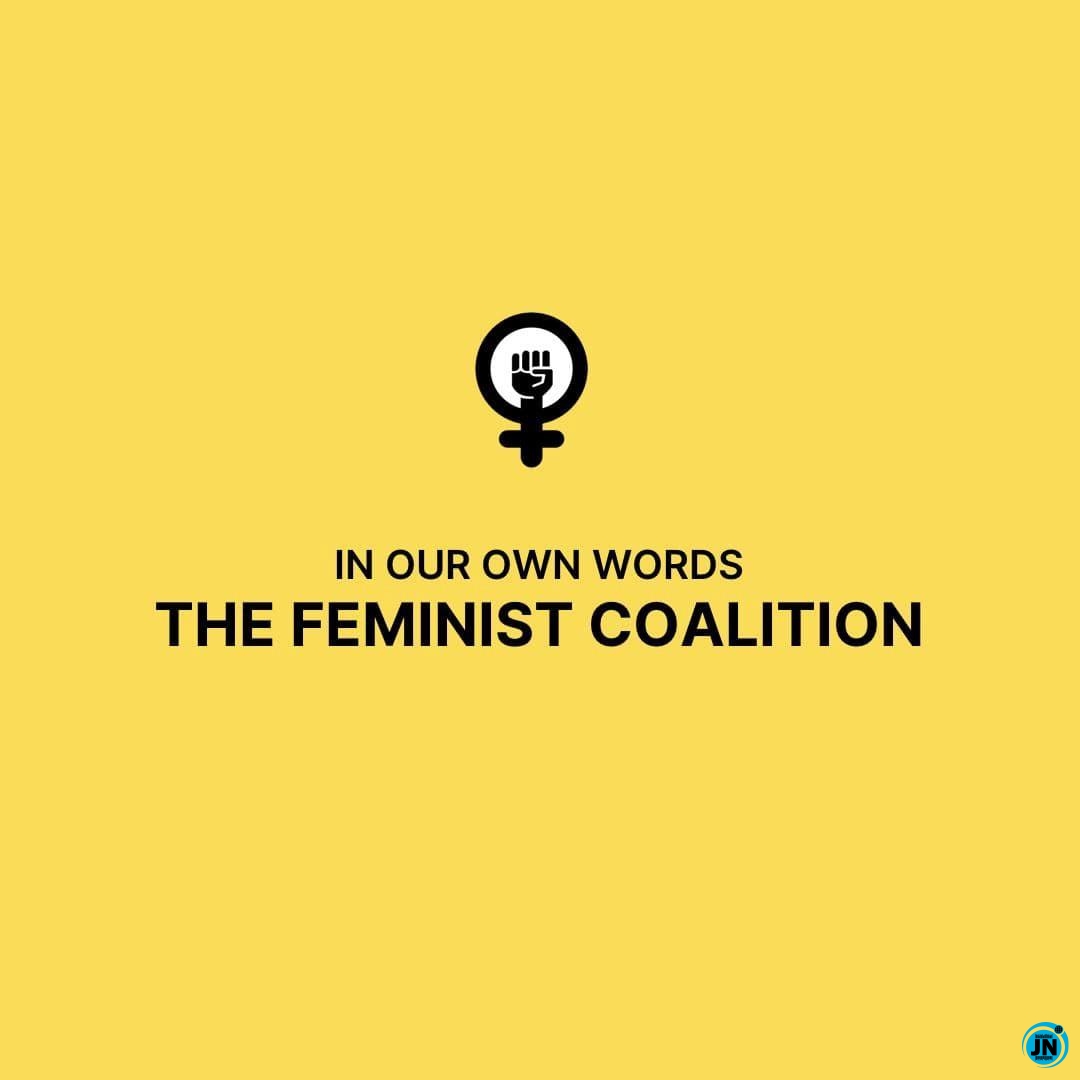 Yesterday, Twitter users called out the group for misappropriating and redirecting funds for personal/hidden purposes different from its intended use.

In a statement released by FemCo, the group denied squandering the money as claimed; however, stated that the transaction was a pending payment from last year.

As known for their financial transparency, Feminist Coalition in the statement released an updated report of cash flows, in and out of the donations received and the funds spent to support especially families of the victim’s of the protest.

Read the full statement below … 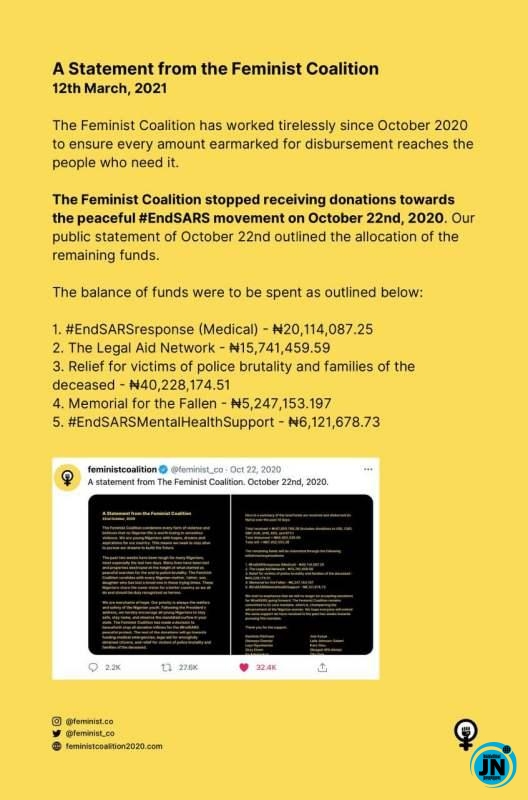 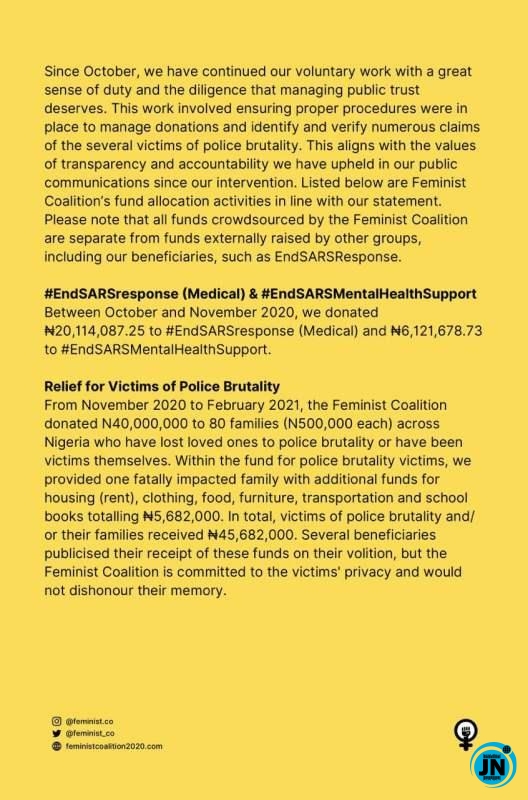 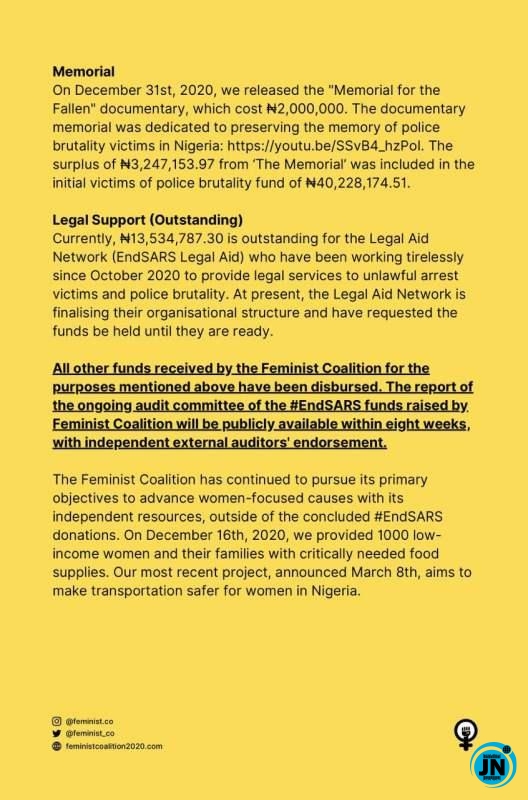 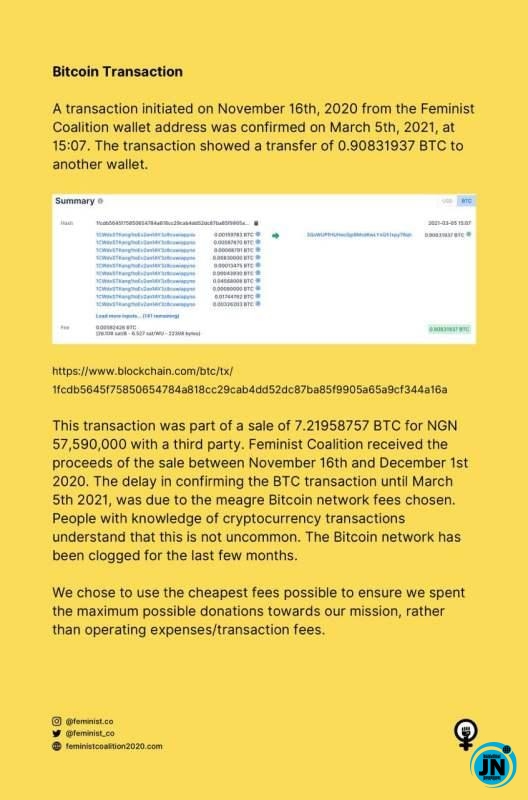 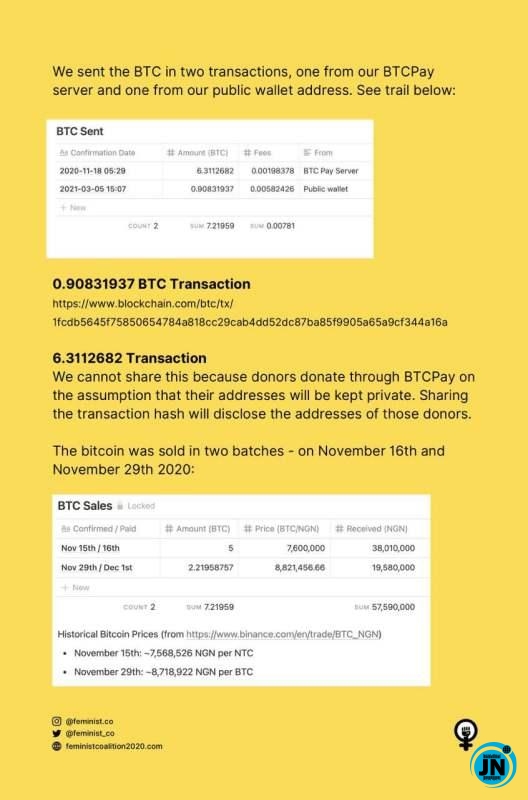 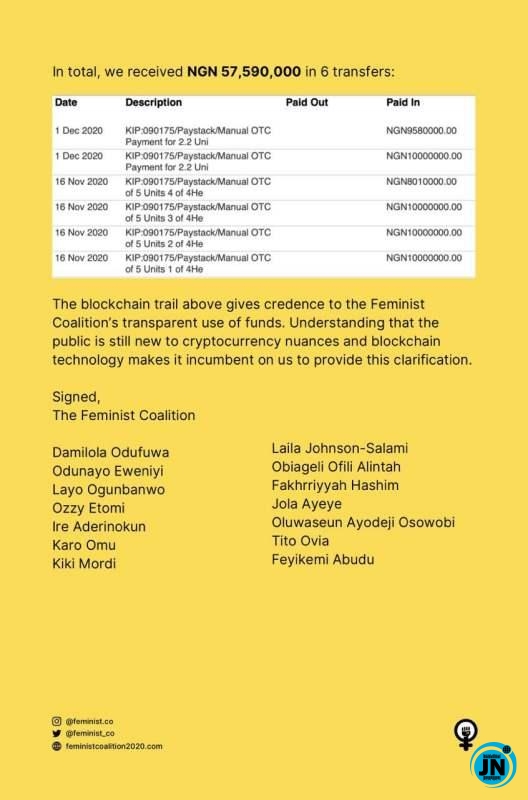 “I’m desperate to marry, I don’t want to be a feminist anymore” – Lady cries out (Video)
Feminist Coalition reacts to allegations of moving N27M Bitcoin from #EndSARS account
#EndSARS: "We Collected N147.8m, Spent N60.4m" – Feminist Coalition Reveals
“My feminism in the mud” – Social media feminist admits as she marries her heartthrob