Father of Dowen college student, Sylvester Oromoni, narrates graphic details of how his son was tortured by alleged bullies and the trauma he suffered before he died (Video)
Posted by 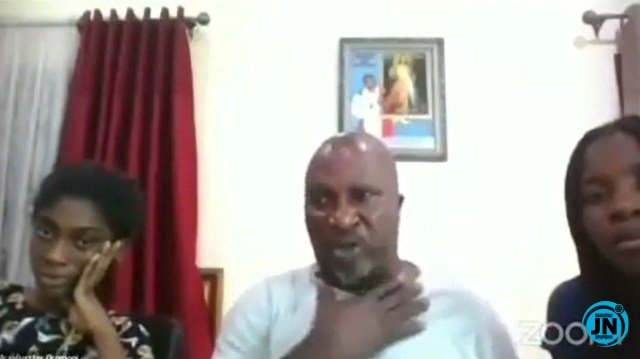 Mr Sylvester Omoroni, the father of Dowen College student who was tragically killed recently after he was allegedly tortured by his classmates, granted a zoom interview with Punch where he described in graphic how the boy was severely tortured by his bullies.

Mr Omoroni revealed that his late son was flogged mercilessly with a belt and then fed with a substance by his bullies.

The devastated father also gave details of the trauma his son suffered before he later gave up the ghost.

Watch videos from the heartbreaking interview;


He said during the school’s career day, his son would always dress like a pilot as that was his dream.

Mr Oromoni also spoke on how he would be celebrating Sylvester who would have turned 12 today December 4.

‘Police officers who died, injured during #EndSars protest to get automatic promotion’ – IGP, Adamu
“He wouldn’t have died if he did the same for Davido” – Netizens tackle Wizkid over congratulatory message to African Grammy winners
18-year-old woman who died during sex romp in Yobe government lodge identified
Father of Dowen college student, Sylvester Oromoni, narrates graphic details of how his son was tortured by alleged bullies and the trauma he suffered before he died (Video)