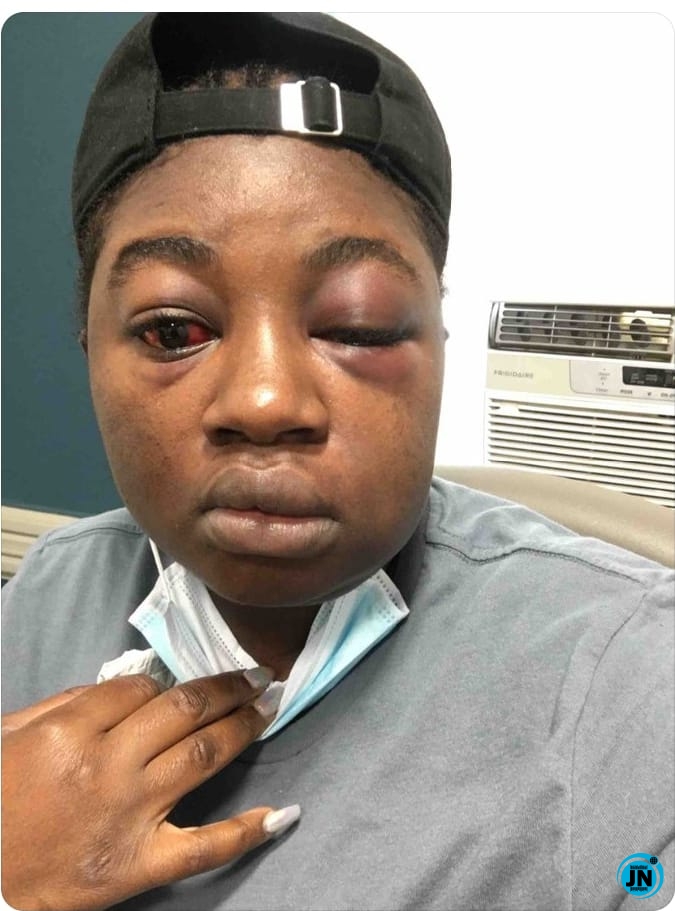 A lady identified as Blessed Cindy has opened up on her traumatic experience with kidnappers/ritualists on her way from Enugu to Rivers State.

She also disclosed that she was raped repeatedly by two men every night until the stated ransom was paid.

“On 23rd June I was traveling from Enugu to Rivers State I entered a wrong bus at the park, the last thing I can remember very well was texting my sister that I was already on my way, after that I heard a something cold on my nose and I dozed off.

And woke up where there’s only but one bungalow and 6 of us tied to a chair immediately I knew I have been kidnapped. There was this guy sitting down with a gun looking at us without saying a word until one huge-looking man came out of the bungalow and started telling.

Us to pray first with a hot slap, after that, he then told us that we have been kidnapped, and we should not be afraid that as soon as our relatives cooperate with them nothing’s going to happen to us. He asked the first person his name and who to call.

The guy’s name was Philip, Philip said he doesn’t have anyone to call that he is just a normal businessman trying to make needs, they skipped him and said he wasn’t ready to cooperate yet.

Long story short now reached my turn it’s only my sister I can call which they did and they told my sister if she likes, she should go and tell the police or army that there’s nothing they can do (that was when I knew my own has finished), they told my sister that she’ll pay N3,000,000 or she won’t see me again, my father is not too strong so my sister.

Had to keep everything away from my father. Fast forward to Philip and others, 2 people were killed right in front of me (Philip and One girl) because they couldn’t meet up with their demands and the other 3 people were released with 2M each. The reason why they didn’t kill me.

Was because my sister was picking up calls even after a week and cooperating with them, my sister had to sell some things and borrow up and down to pay 2M and on top of that right from 26th every night I eat beating, and get raped by two of them.

When my sister Paid the money I was dropped off at 4corners near agbani at night, I am currently in a hospital receiving treatment which, I am so traumatized, I need help.I can’t take Philip & that girl they killed off my head. They killed and cut them into pieces.

Where they kept us, I can still recognize how the place looks like. even when they wanted to drop me after my sister Paid, they saw police on their way and police didn’t look inside the car at all, they just free then to move. Oh my Goodness God. They also took everything I had left on my account which was about #268,000 they withdrew it all.

Aaaah😭😭😭😭 Nigeria has failed me, I sleep and wake up with this traumatic experience and feel like committing suicide. I am scattered”.

"Laycon never told me about his genotype" – Erica debunks rumour that she mocked him
“Come and get your dumb fathers” – Reality star, Khloe reacts to TAMPAN suspension of Nkechi Blessing
There is no space for Jonathan in APC – PDP
“Nonsense talk” – Netizens drag Nengi as she claims to have bought her house with her hard-earned money (Video)