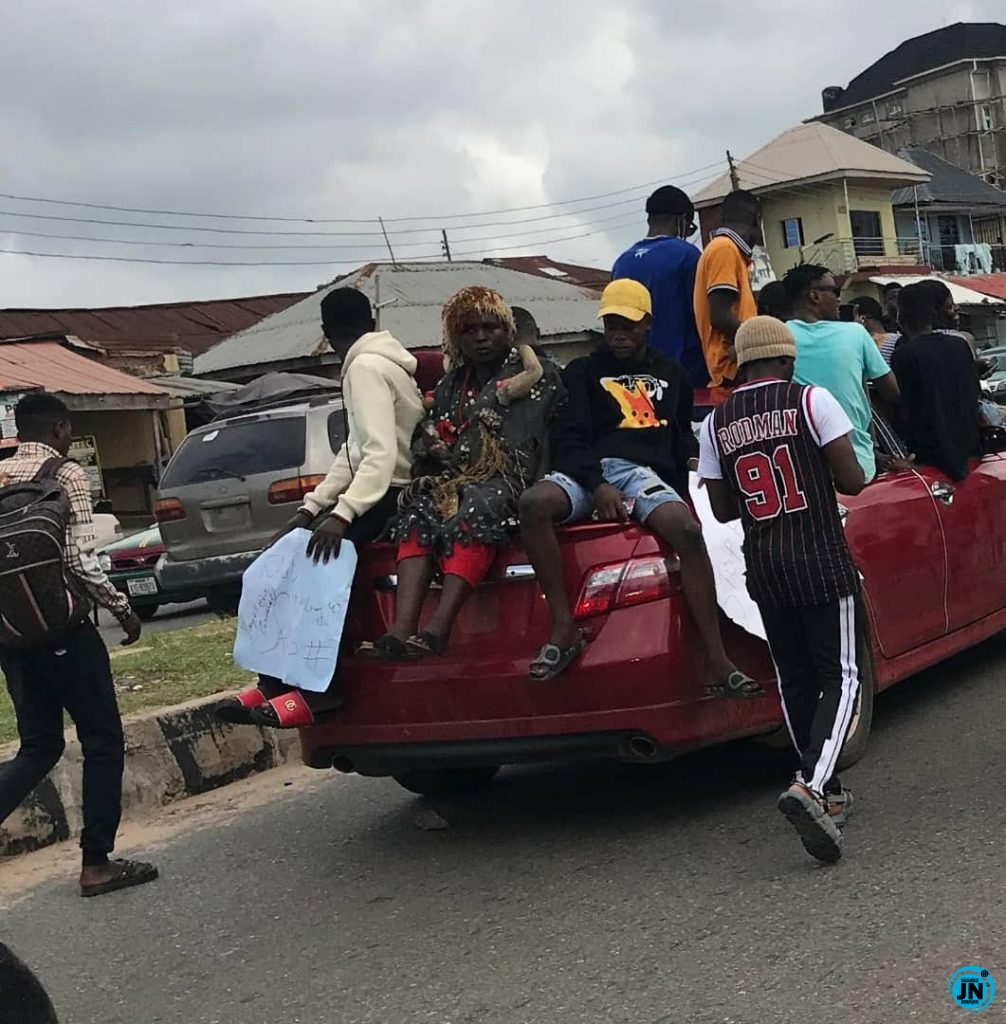 The protest against Police brutality and extortion had turned bloody as angry youths storm the street of Abeokuta on Saturday, with charms.

Kemi Filani News gathered that as early as 8 am, the angry youths converged on Panseke area of Abeokuta, the Ogun State capital.

Some of them were pictured with items presumed to be charms, as they dressed like ancient Yoruba warlords.

Singing in unison the EndSARS anthem, they marched around the Abeokuta metropolis, they carried placards saying “#Endsars, #Endpolicebrutality.”

Blocking the road from Panseke to Omida, Isale Igbein, they stood halt at Ogun State Government House to express their complaints, but the State Governor, Dapo Abiodun, was not there to attend to them.

As of time of filing this report, the #EndSARS protesters have moved towards the palace of the Alake of Egbaland, Oba Adedotun Aremu Gbadebo. 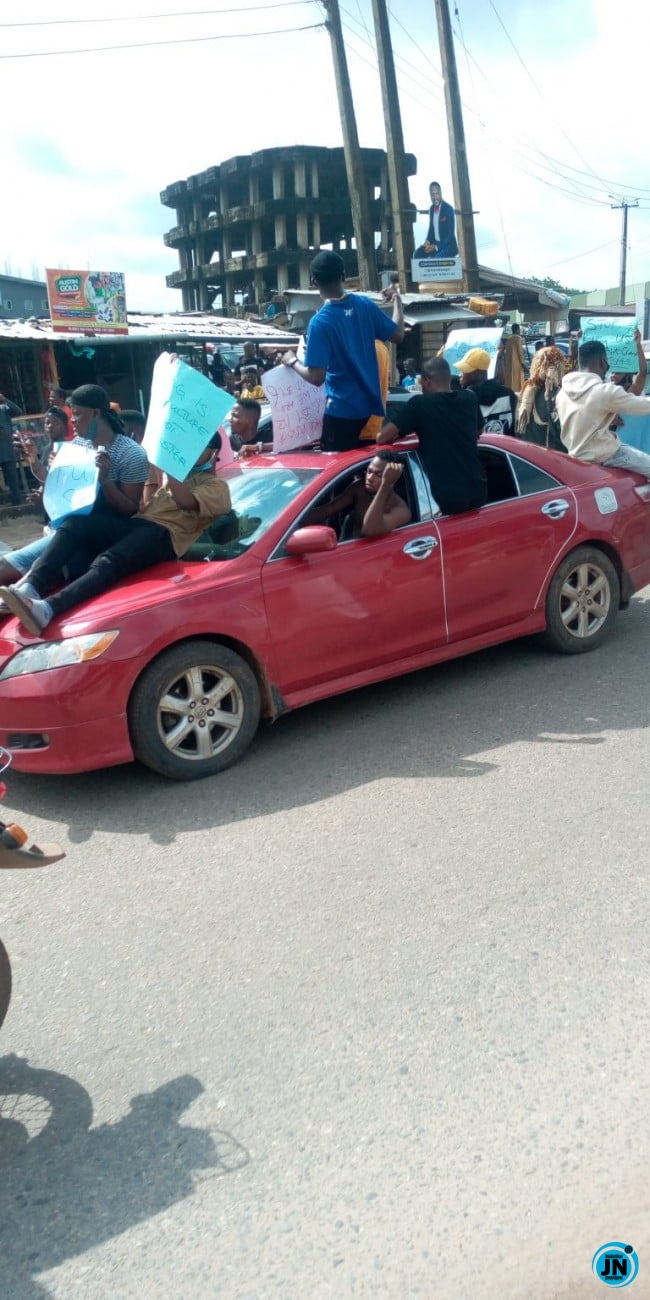 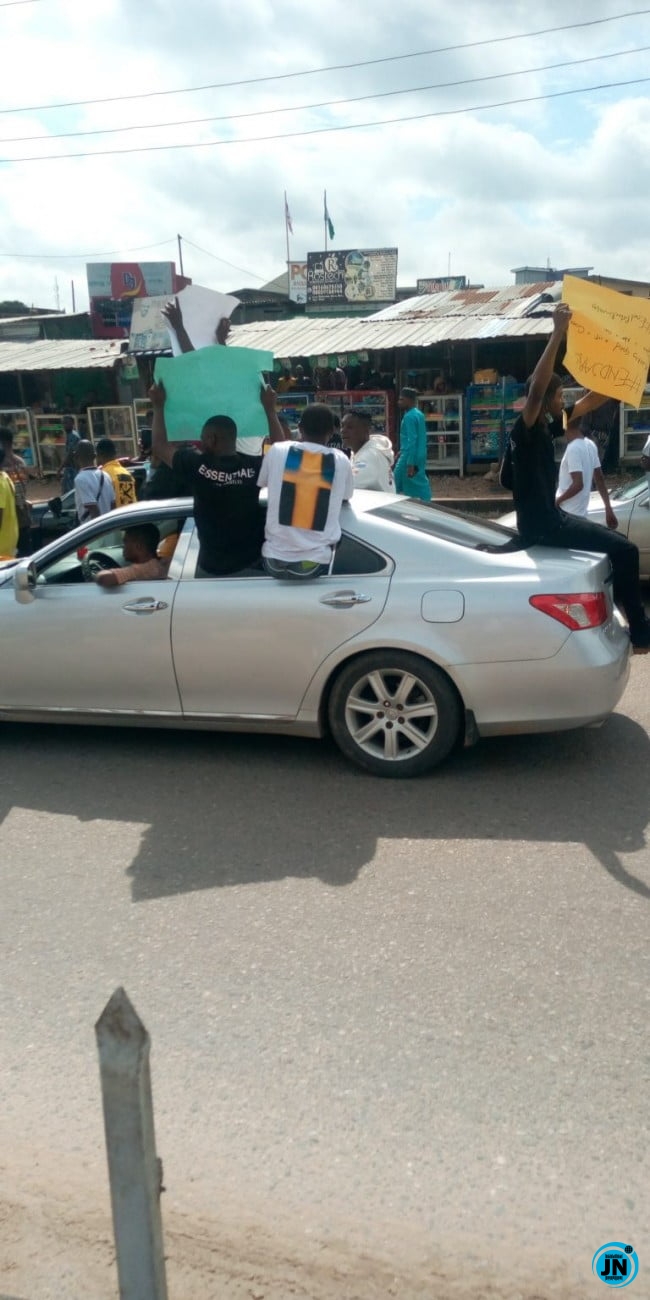