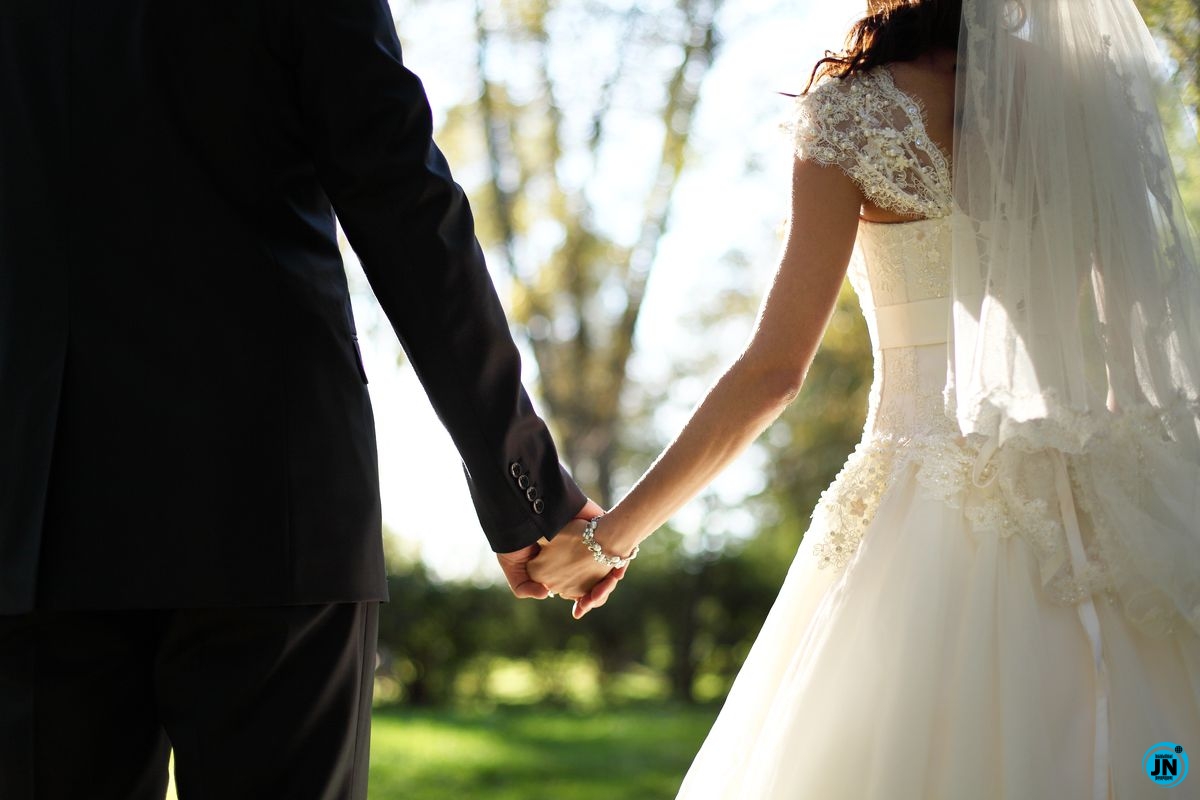 The pastor of a Deeper Life Church reportedly cancels the wedding of a couple over suspicion of consumation after the groom kissed the bride three-days prior to their marriage.

According to the narration of an anonymous writer, the couple who have been traditionally bonded were refused marriage after the groom admitted to kissing his wife to be during a sleepover few days to their wedding.

Despite numerous pleas, the pastor reportedly terminated the union on the day of their marriage.

Read the narration below …

“Ah Ife! I’m pained. Good afternoon. I need to hear our community on this. Please keep me anonymous.

Deeper life refused to wed my cousin yesterday. Why? Cause he kissed the bride to be 3 days before the wedding. These two are traditional married o. And they’ve both kept themselves.

They said cause he slept over at the family place with her then they won’t accept its just kiss. Even if he slept with her sef, are they not traditionally married ni? The worst part is it was even the guy that truthfully stated they kissed o and that’s where the whole brouhaha started.

A young man, managing in Nigeria, with support from family planned a whole wedding and it got cancelled on that day. Right at the church with everyone dressed.

People were at the reception hall waiting while family wailed and begged the pastors to no avail. Ah the lady was not even based in Lagos and had her people travel almost 24 hours to make the ceremony.

Oh the guy’s aged parent also travelled over 12 hours I can’t even sleep. I can’t even talk to my cousin. It was like a funeral. Everyone crying. The final verdict was the bride should go back to her state while they, deeper life, consider forgiveness.” 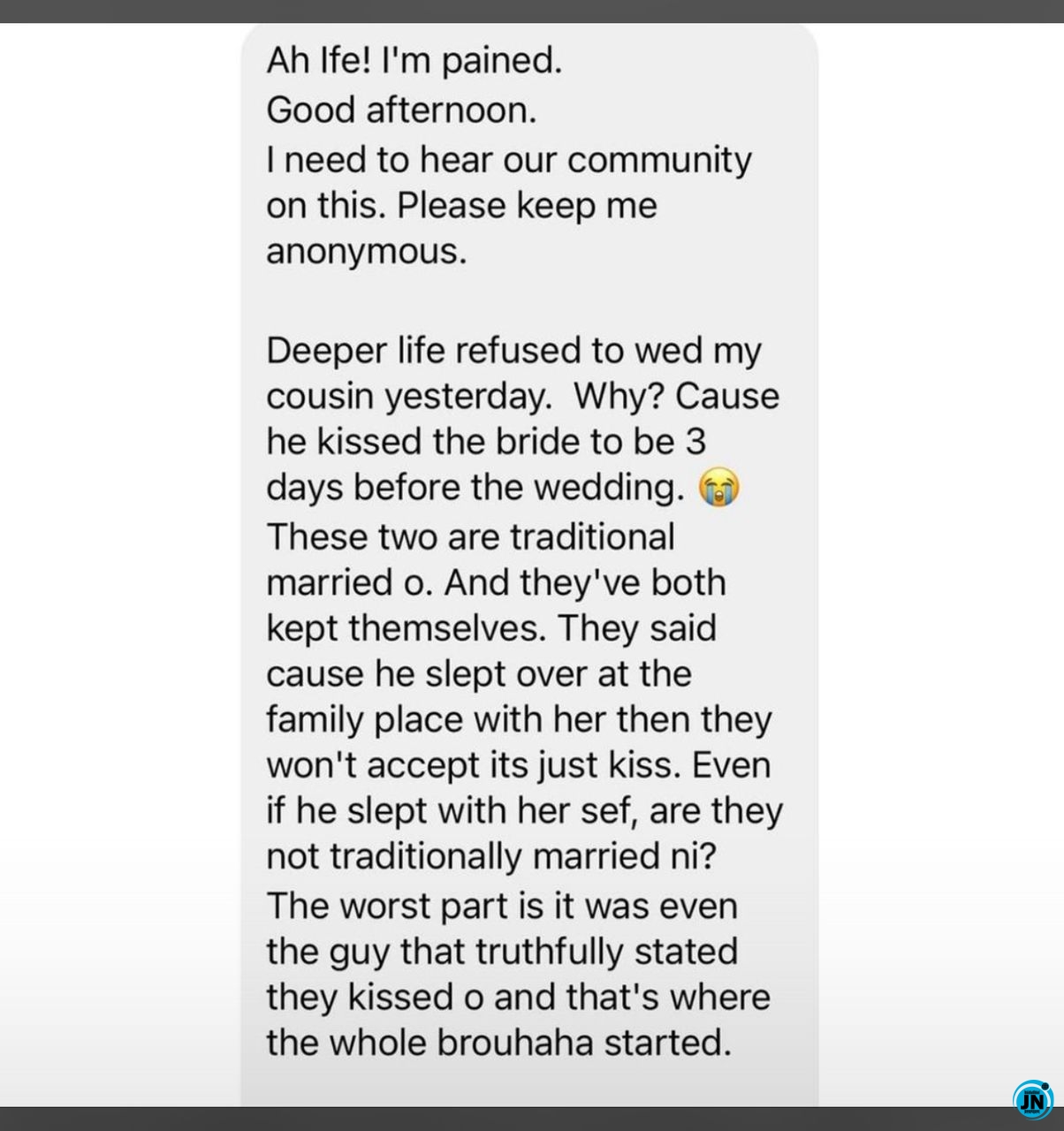 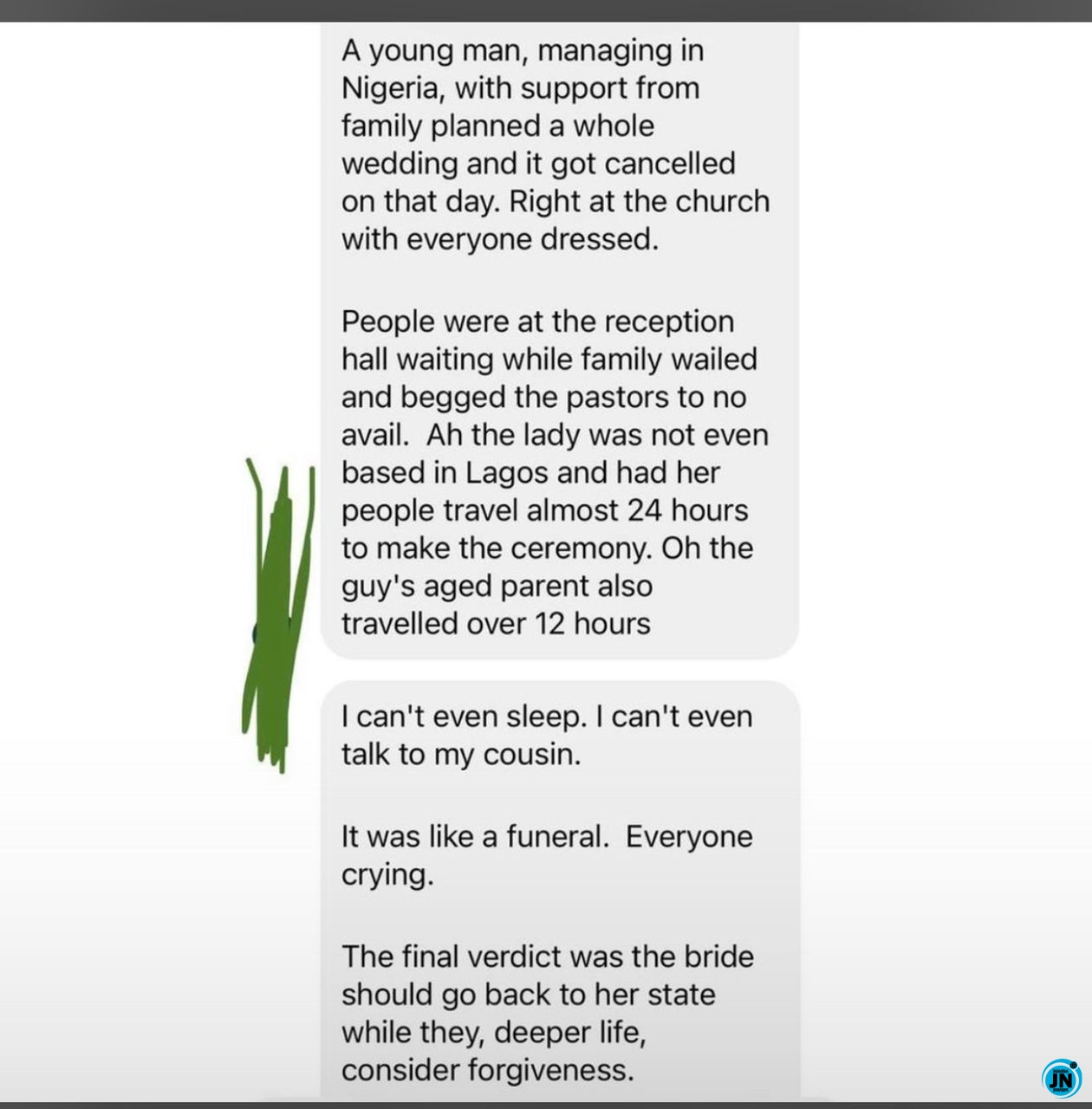