Angry Nigerian youths beat up a crossdresser
Posted by 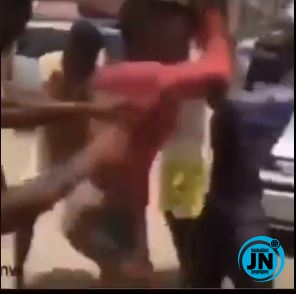 A video serving rounds online has captured the moment an angry mob attacked a crossdresser and beat him to a pulp.

The yet-to-be-identified man was parading a busy street wearing a pink dress, heels and a fake butt to give him a perfect feminine look. 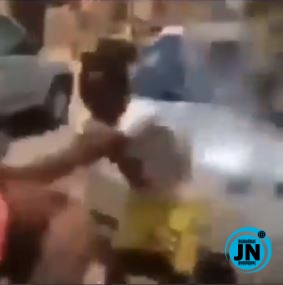 On sighting the young man, the angry mob attacked him and attempted to strip him naked, while they mercilessly beat him.

A voice was heard in the background pleading on his behalf asking the mob to stop, but his pleas fell on deaf ears.

The viral video has stirred mixed reactions on social media, a Twitter user, @lammyzofficial wrote, “Make Bobrisky no go this area with that booli hand”.