An angry mother has shared her daughter’s chat with male teacher who planned to elope with her daughter after secondary school.

From the conversation shared on social media, the teacher promised to elope with the 15-year-old student, upon graduation from secondary school.

The daughter on the other hand, supported the decision to free herself from the shackles of her mother, who she now sees as a nuisance.

“The end is near biko, see what this useless teacher is telling my 15-year-old daughter. He wants to marry my 15 years old daughter”, 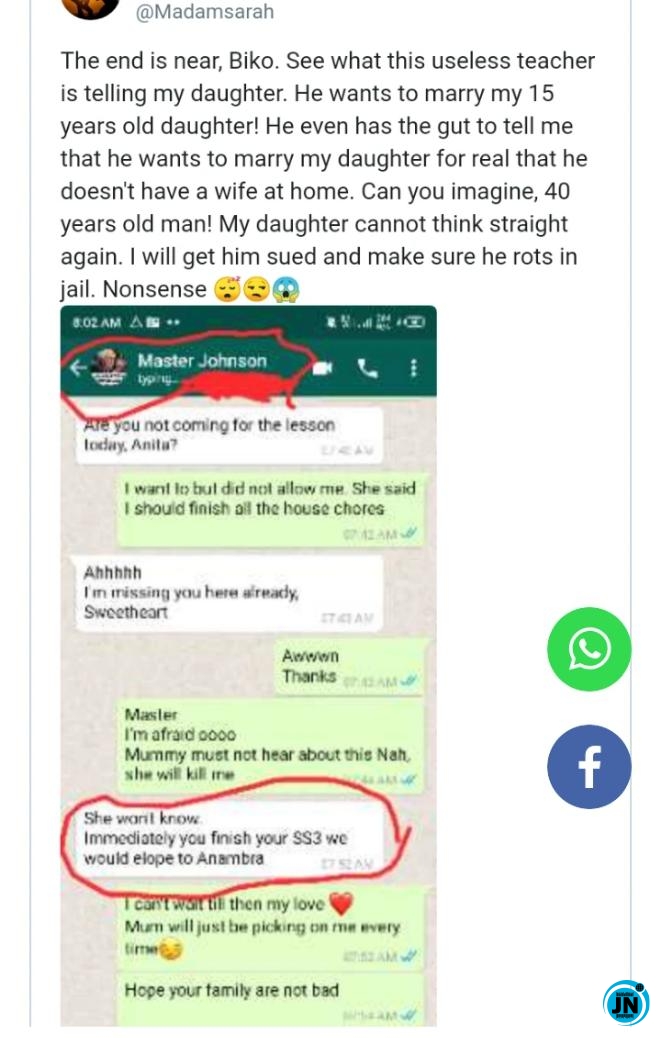 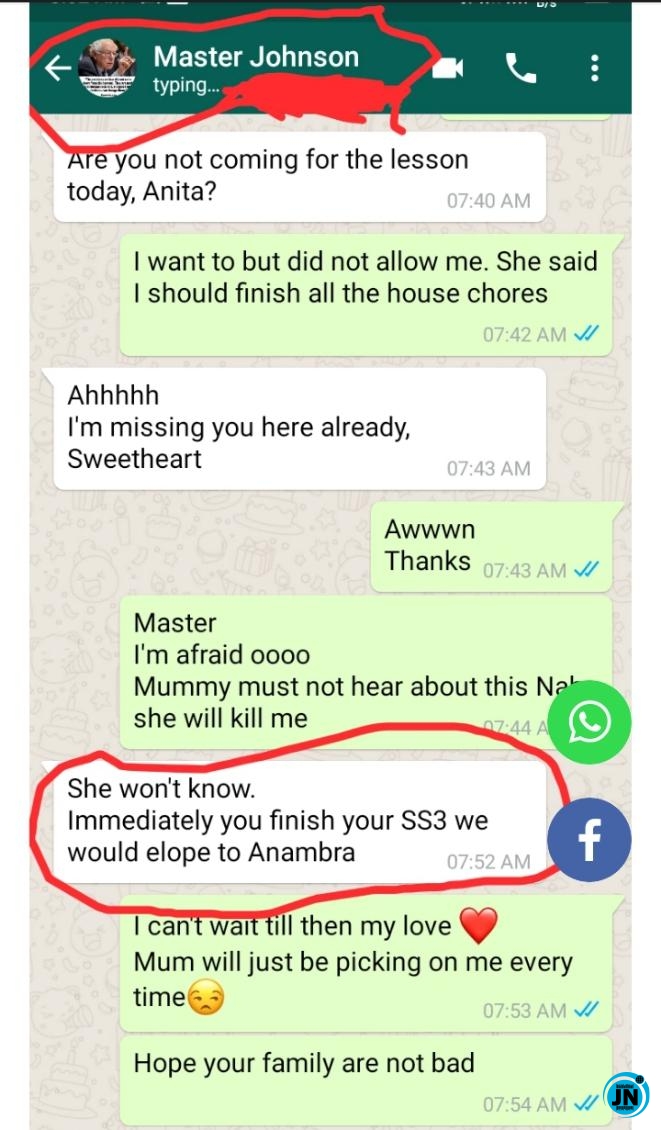