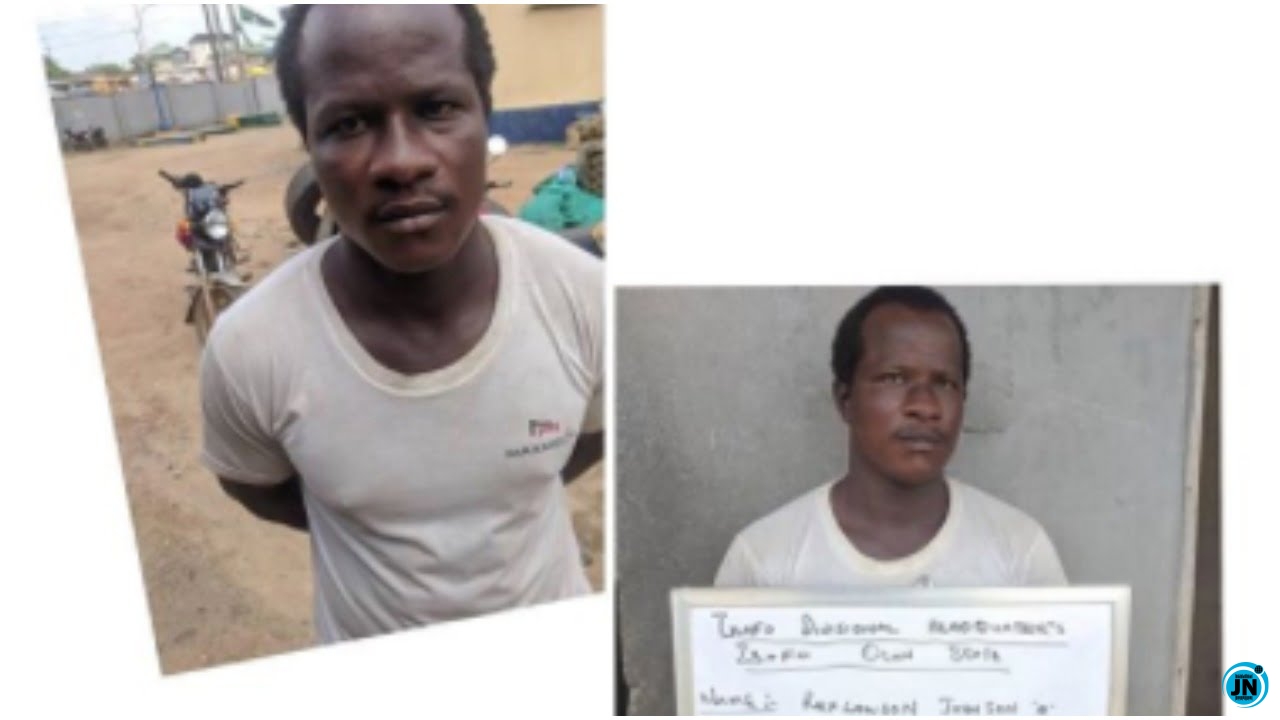 Ogun State Police Command has arrested a 31-year-old man, Rexlawson Jonson, over the alleged gruesome murder of his girlfriend, Patricia John, 26. The command’s spokesperson, Abimbola Oyeyemi, disclosed in a statement on Monday, November 2, that the arrest of the suspect followed a report by one Adebayo Aladesuyi, who is the Manager of Molayo Hotel in Ibafo. According to him: “The hotel Manager was said to have reported that while they were carrying out a routine check of the hotel rooms, they discovered the dead body of the occupant of one of the rooms with bruises on her neck suggesting that the deceased might have been strangulated.”On the strength of the report, the DPO of Ibafo Division, CSP Jide Joshua, had led his detectives to the scene and recovered the corpse to Olabisi Onabanjo University Teaching Hospital (OOUTH) in Sagamu for post mortem. Preliminary investigation revealed that the deceased checked into the hotel with a man who sneaked out of the hotel after killing her.”

Consequently, the DPO and his men commenced a technical and intelligence-based investigation which led to unraveling the identity of the suspect. He was subsequently traced and apprehended by the detectives. On interrogation, he confessed checking into the hotel with the deceased and that they had a misunderstanding which led to physical assault between them. In the process, he said the woman collapsed and gave up the ghost. He subsequently left the corpse in the room and sneaked out of the hotel.

The Commissioner of Police in Ogun, CP Edward Awolowo Ajogun, has ordered the transfer of the suspect to the homicide section of the State CIID for investigation and prosecution.