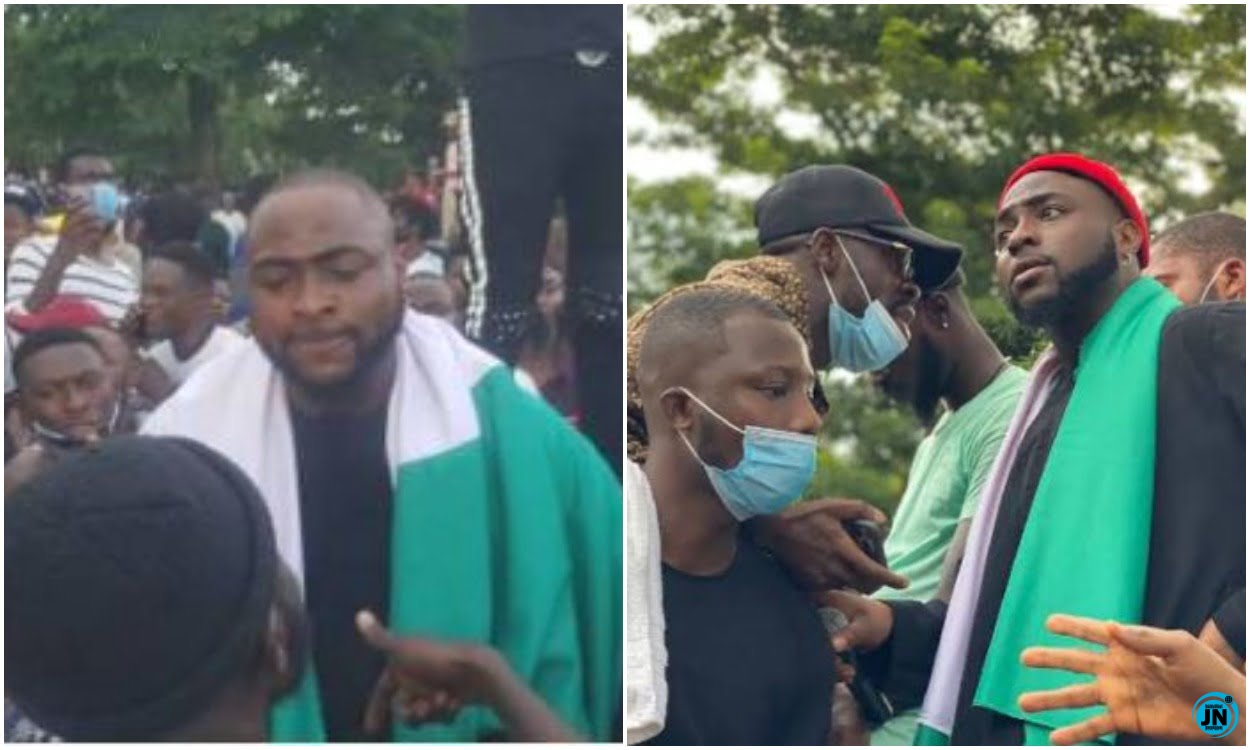 Some #EndSARSAbuja protesters have expressed their displeasure towards DMW boss, Davido after he left the protesting ground an hour into the protest.

Kemi Filani News recalls that the singer had earlier stormed Abuja today to participate in the ongoing protest against police brutality and extortion.

The singer who joined the protesters, left immediately they were attacked by policemen who used water cannons, live ammunition, and teargas to disperse the protest.

“DAVIDO came in a jalabia and a slipper, he wasted time b4 his arrival and didn’t spend up to an hour during the Protest” #ENDSARS protesters blast DAVIDO’S attitude

This is coming shortly after the Inspector-General of Police, Mohammed Adamu, announced the dissolution of the Federal Special Anti-Robbery Squad of the Nigeria Police Force.

Davido loves his life of course, he is scared of any danger coming up during the protest that's why he made such behavior!