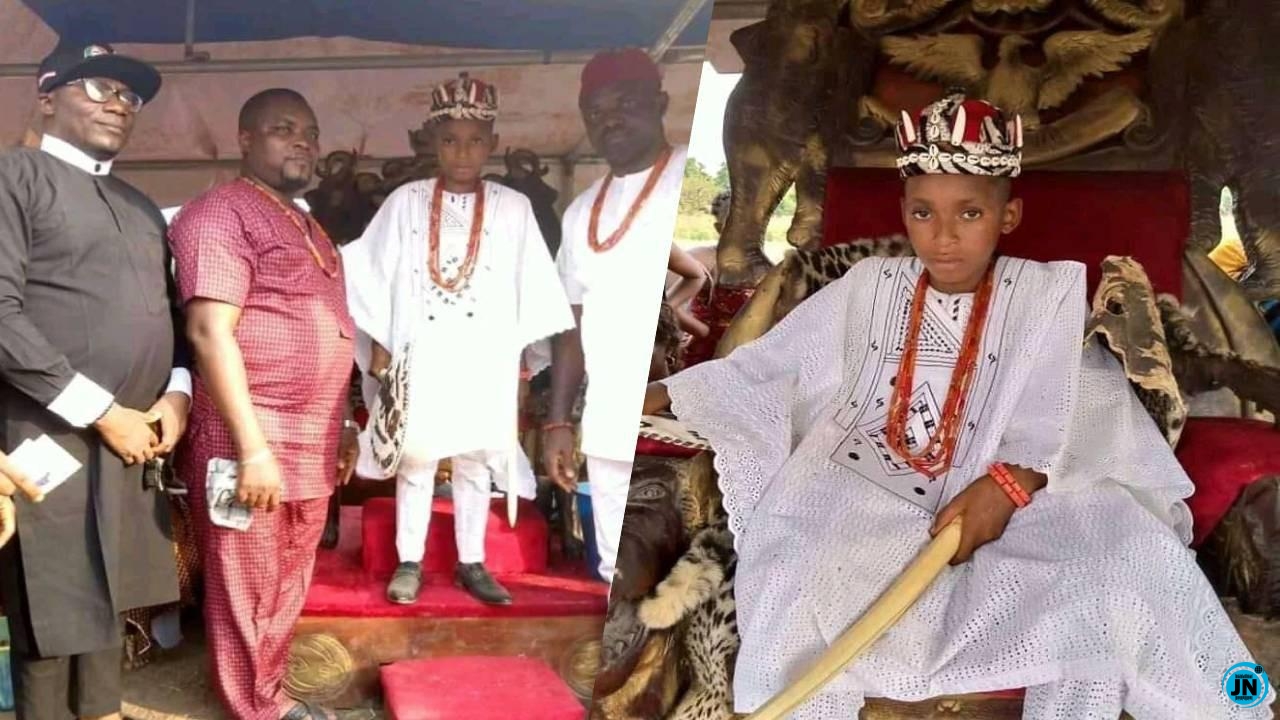 The young are said to have ascended the throne after the last Ofala of his late father, His Royal Highness, Igwe Onyeachonam Okonkwo, the Olame 1 of Iyiora Anam.

The father is said to have been the youngest king when he ascended the throne and ruled throughout his life before the son inherited it. 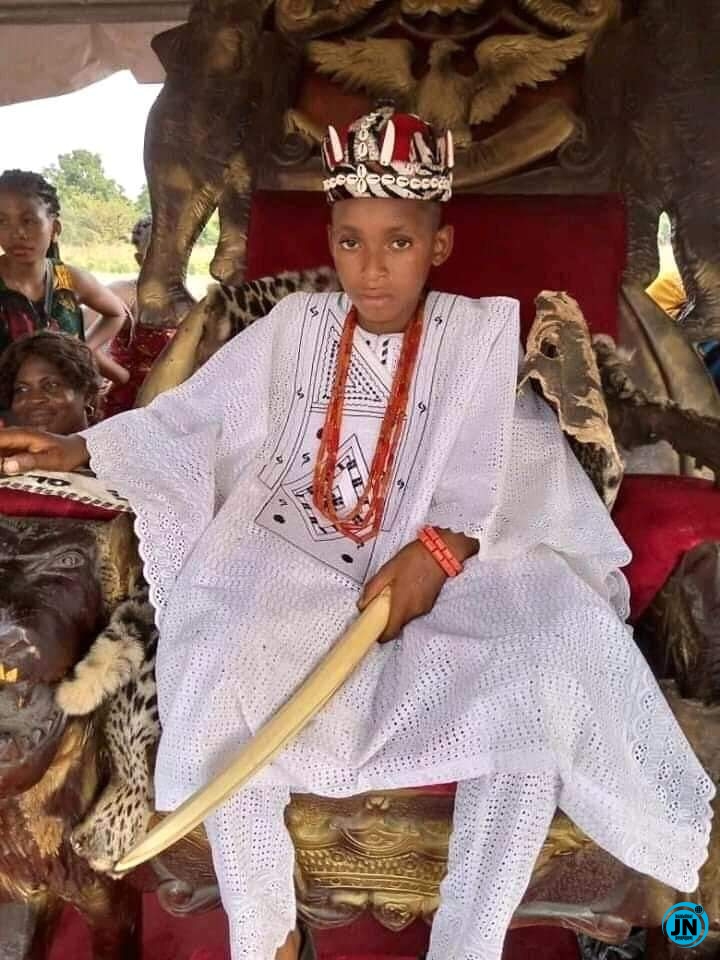 The youngest king is now the Olanme11 of Iyiora Anam and will rule the kingdom of Iyiora though out his lifetime. Henceforth he will be addressed as His Royal Highness (Igwe) Olanme ii of Iyiora.

The entire community of Iyiora Anam has congratulated the 10 years old and already addressing his as a king.

Many people across the nation and the neighbouring communities have reacted in a different way over the emergence of the new king.

Some have asked whether the young lad will be able to take the responsibilities in the throne. 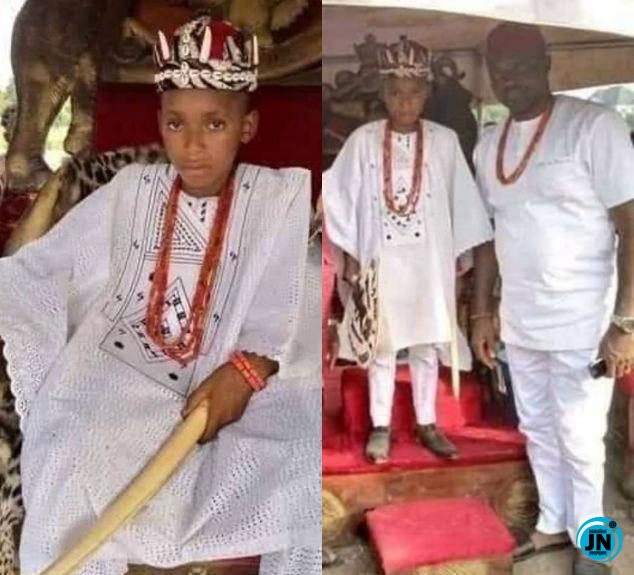