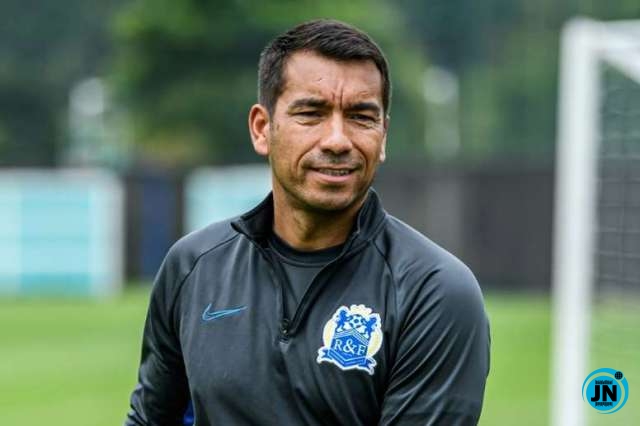 Former Barcelona and Arsenal star Giovanni van Bronckhorst quit on Thursday after one season as coach of Guangzhou R&F so he can return to his family.

The former Dutch international’s spell in China was badly disrupted by the coronavirus, with the Chinese Super League starting five months late.

“It’s been a very difficult year for me, for everyone,” the 45-year-old told Chinese media after R&F confirmed to AFP that he had quit.

“Although working with the club, the team, the players and my staff were really nice… not seeing my family for me was — and is — the only thing (reason) I want to go back.

“I’m very happy that the club worked really well with me in this case (accepted his resignation) and it was a hard decision because I have a very good relationship with everyone here and really enjoyed my time working with the players.

“But eventually, my family comes first.”

Van Bronckhorst, a 2006 Champions League winner as a player with Barcelona, took R&F to 11th in the virus-hit CSL, having been named as a boss in January.

The side finished 12th the year before under former coach and Yugoslav international Dragan Stojkovic.

On Wednesday they went out in the quarter-finals of the FA Cup on penalties.

In July, on the eve of the delayed CSL season, Van Bronckhorst told AFP that it had been tough being away from his family because of coronavirus-related travel restrictions.

However, he also said that he was better for the experience.

“For me, I learned that about myself — to be strong mentally because of being away from my family for so long,” he said.

“I think that has made me a stronger person.”