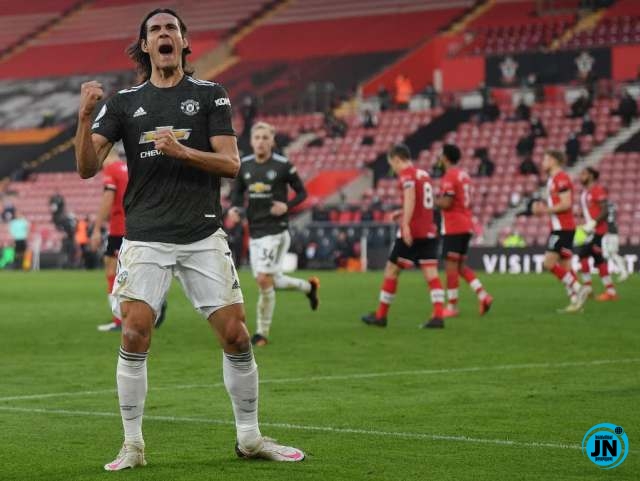 The Uruguayan Football Association (AUF) criticized their English counterparts for banning Edinson Cavani on Monday, calling his three-match sanction for alleged racism “a flagrant injustice that damages the morals of an unimpeachable man.”

The AUF “exhorts the FA to review its sanction,” it said in a statement. “We are convinced, through our profound knowledge of the person and analysis of the incident, that he does not deserve (the ban) nor the consequential moral aggravation.”

The Manchester United striker was suspended last week by the FA and fined 100,000 pounds ($136,330) for a term he used in an Instagram post following his side’s 3-2 win at Southampton on Nov. 29, before taking it down and apologizing.

The FA did not immediately respond to a Reuters request for comment.

The Uruguayan players’ union (AFU) said the English FA “committed a discriminatory act against the culture and way of life of the Uruguayan people”.

The statement was shared on Twitter by Uruguay captain Diego Godin.

“Edinson Cavani has never committed any conduct that could be interpreted as racist,” the AFU said. “He merely used a common expression in Latin America to affectionately address a loved one or close friend.

“The sanction shows the English Football Association’s biased, dogmatic and ethnocentric vision that only allows a subjective interpretation to be made from its particular and excluding conclusion, however flawed it may be.

“We request the FA to immediately overturn the sanction imposed on Edinson Cavani and reinstate his good name and honor in the world that has been so unfairly tarnished by this reprehensible decision.”

The Uruguayan Academy of Letters, which protects and promotes the Spanish language in Uruguay, also denounced the ban last week, calling the sanction an example of English football’s lack of “cultural and linguistic knowledge.”

Cavani, who has scored four times for United this season, missed Friday’s 2-1 win over Aston Villa due to the suspension.

The 33-year-old will also miss their League Cup semi-final against rivals Manchester City on Wednesday as well as Saturday’s FA Cup third-round match against Watford.

As part of its punishment, the FA also said Cavani must complete “face-to-face education”.