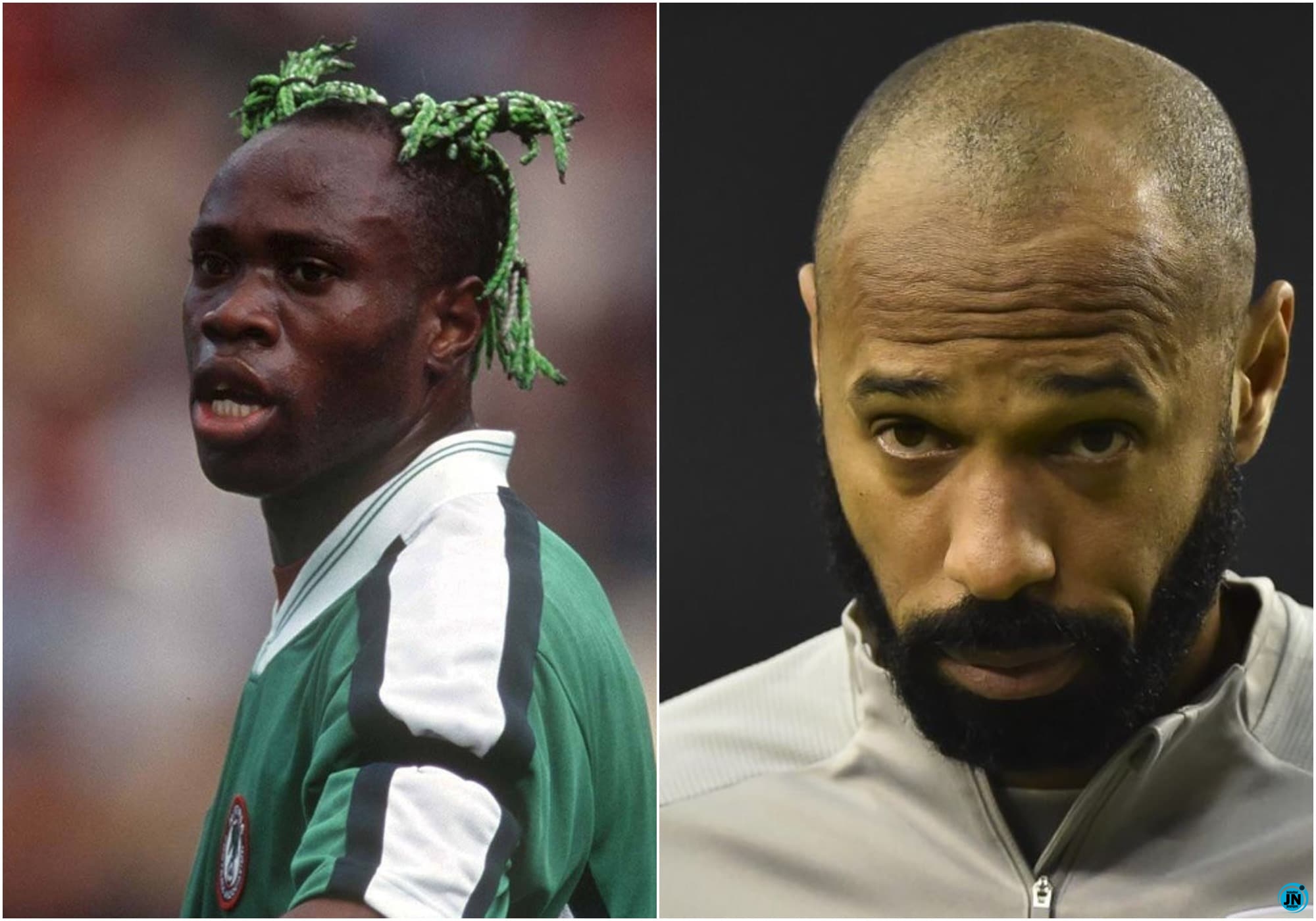 Former Arsenal striker, Thierry Henry, has picked ex-Super Eagles defender, Taribo West, as the toughest player he has faced in his career.

Henry revealed this while answering quick-fire questions on CBS Sports’ In The Mixer, during Tuesday night’s Champions League analysis.

When asked the toughest player he has faced, the Frenchman replied: “Toughest as an indirect opponent? Or just a guy you hated to play against?”

The 44-year-old was asked to name both. And he replied: “Paul Scholes.

“For the direct opponent, I would go back in the days and say Taribo West.

“Because (at Auxerre), they did man-marking. He followed you everywhere, even in the dressing room.”

When Henry was asked which player he enjoyed playing alongside, he replied: “Dennis Bergkamp“.

Henry came up against West while he played for Monaco.

wow i see back then my uncle really played well. for thierry henry to say this i must admiti am impress
i tried to take his footsteep but it seems i am not really good at football
i pray a football legend like him should come from our family again
and i want the word to hear this a music legend is still coming from this family of ours
when he is out i will i will remind you of the comment i made
i just want you all to keep this in mind and also pray that this dream come true
thank you justnaija