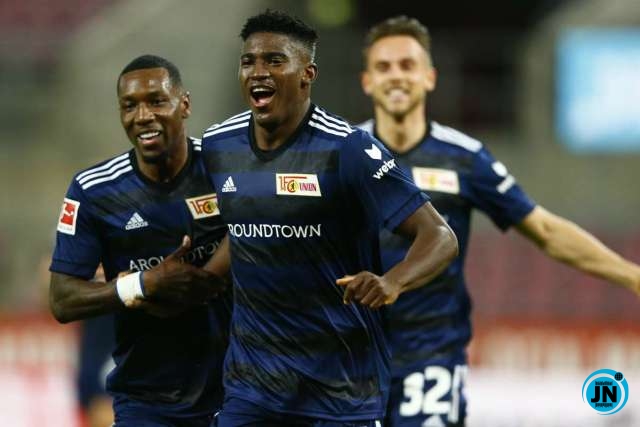 On-loan Liverpool striker Taiwo Awoniyi netted his debut goal for Union Berlin in their 2-1 victory over Koln FC in the German Bundesliga.

Awoniyi joined Union Berlin this summer on a season-long loan from Liverpool, making it his seventh loan stint in search of game time, and increasing his chances of gaining a work permit in England.

The 23-year-old striker opened the scoring in the 26th minute where he slotted the ball in the bottom left corner of the goalpost.

The 2013 U-17 FIFA world cup winner joined Liverpool in 2015, but is yet to make an appearance for the Merseyside club, going on loan to several clubs such as FSV Frankfurt, NEC Nijmegen, Royal Excel Mouscron, Gent, Mainz 05.

Awoniyi has scored one goal in six appearances in the Bundesliga this season.

Across in Belgium, Super Eagles striker Paul Onuachu maintained his red hot scoring form for KRC Genk in the Belgian First Division A, scoring his 10th league goal in 12 matches. 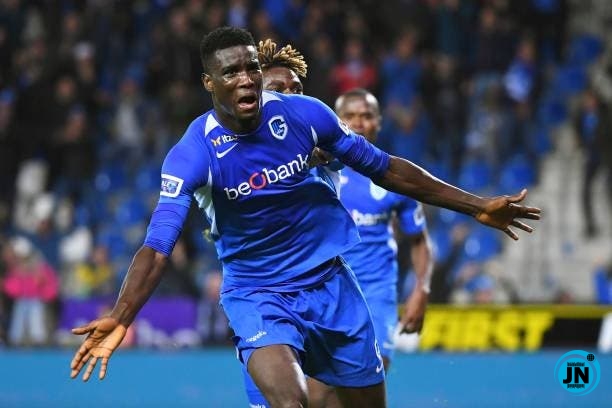 The towering striker headed in from close range in the 62nd minute to put Genk 3-1 up against Royal Excel Mouscron.

Fellow compatriot, Cyril Dessers had to settle for a place on the bench, coming in the 87th minute in place of Onuachu.

Dessers has made 9 appearances for the Belgian club, scoring three goals with a solitary assist.