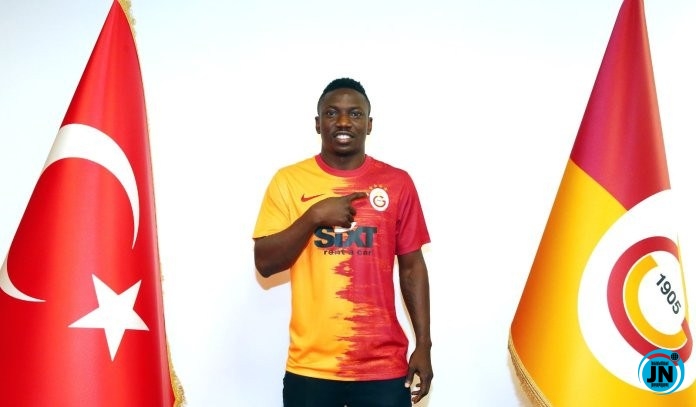 Nigeria international footballer & midfielder, Oghenekaro Etebo will play on at Galatasaray this season, after joining the Turkish side from Stoke City.

It is the second time he has been loaned out by Stoke, having spent the second half of last season at Getafe in Spain.

The Super Eagles player was unveiled on Wednesday after passing mandatory medicals in Istanbul.

“Galatasaray Sportif A.? Informed the Public Disclosure Platform that an agreement was reached for the transfer of professional football player Oghenekaro Etebo until the end of the season,”


“We welcome Oghenekaro Etebo to our club and wish him a successful season under the Galatasaray jersey.”

On joining the Turkish side, Etebo told the club’s official website:

“I am very happy to come to such a big and historic club.

I thank our president and our vice presidents for their warm welcome.

I really felt at home.

See you at the championship at the end of the season.”

Nigerian Midfielder, Oghenekaro Etebo Joins Galatasaray On Loan From Stoke City
I won’t allow any group to stoke hatred violence against others ― Buhari