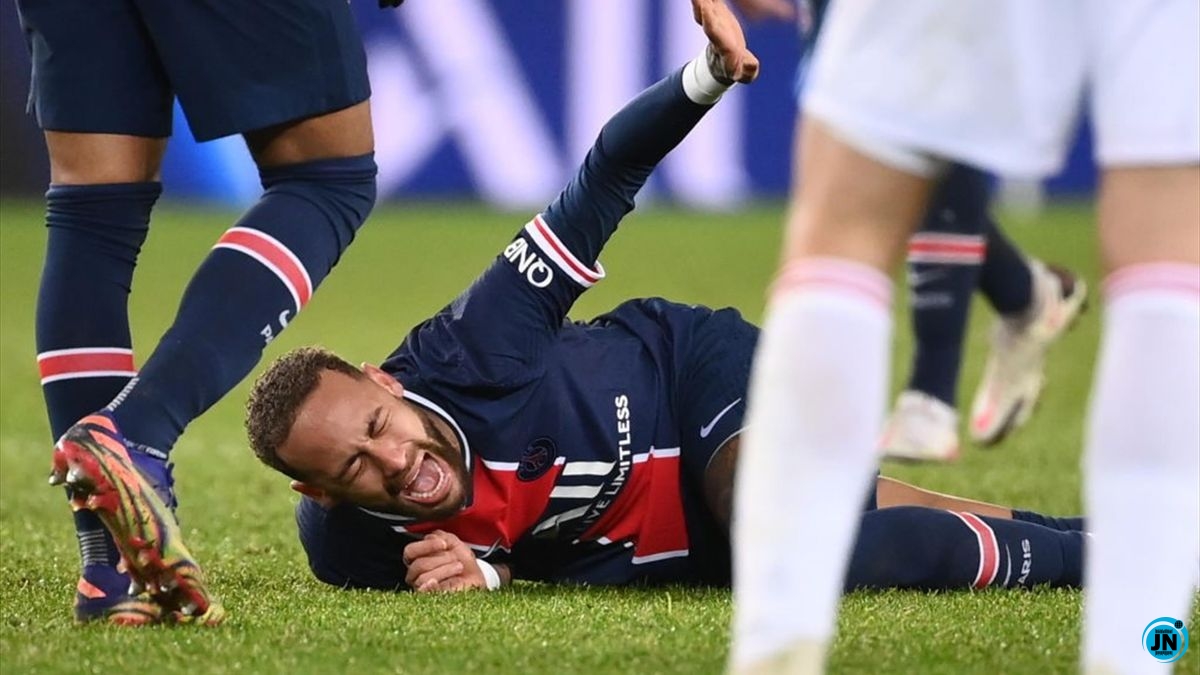 Neymar left the pitch in tears as he was stretchered off against Lyon on Sunday night.

It came in the dying moments of Paris Saint-Germain’s 1-0 loss to their Ligue 1 rivals that has seen Lille remain at the top of the table.

Tino Kadewere grabbed the only goal of the night in the first half.

But there were further problems for Thomas Tuchel after a late challenge from Thiago Mendes on Neymar.

It left the Brazilian in agony and he had to be stretchered off after what looks like another serious ankle injury.

The challenge also saw Mendes sent off but it had no bearing on the result as Lyon hung on.

"I’m Back With My Full Chest" – Dorathy Says, As She Recovers Fully
BBNaija: “Laycon Has Done Everything With Nengi’s Body In The Name Of Dance” – Nigerians React To Laycon And Nengi’s Viral Video (VIDEO)
Davido and fiancee, Chioma allegedly fight over his entanglement with two women
"I Don't Have An Affair With Olori Badirat Ajoke" – KWAM 1 Debunks Relationship Rumor