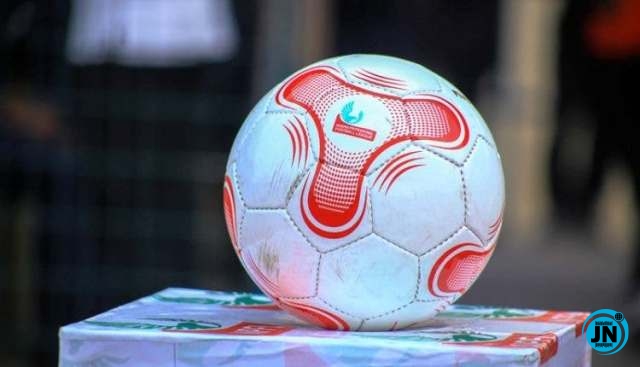 Two goals in each half handed Nasarawa United their first away win this season.

Chinedu Ohanachom with a 14th-minute strike and Silas Nwankwo with a 74th-minute effort was all the visitors needed to ensure that Shadrach Oghali’s 62nd-minute goal did not stop them from picking all three points.

From the blast of the whistle, the Naze Millionaires looked unimpressive and were bossed around by the visitors who seemed perfectly in control.

The Solid Miners’ enterprising Aliyu Abdullahi made the hard game more difficult for the host as he continued to make interesting runs and sending crosses into the Heartland goal area.

With the pressure already mounted on Heartland, Ezenwa who came out for a challenge missed the ball and Franklin Tebo won it and passed to Chinedu Ohanachom who buried the chance to hand his team the lead.

However, a second-half substitution rush from Heartland gaffer, Fidelis Ilechukwu suggested the game could be rescued with a goal from substitute Oghali.

Heartland would have gladly taken a draw but Silas Nwankwo put a nail in the coffin when he beat his markers and slotted in for his team’s second goal after Adamu Hasan set him up.

Nasarawa United coach paying respect to the home team said “Definitely, when you bring in a player from the bench, you expect the player to change the game for you. So I was not surprised by the Heartland players. They are good players and I knew something could come up, so I decided to make some adjustments.”

But for Heartland assistant coach, Ezekiel Onyegbule, “It’s unfortunate we lost the game. Our carelessness has caused us dearly in the sense that we were expected to win the game but unfortunately we did not win”.

Nasarawa United has garnered a maximum of 6 points from two games, while Heartland FC will have to wait for the next fixture against Plateau United as they struggle for their first point this season.