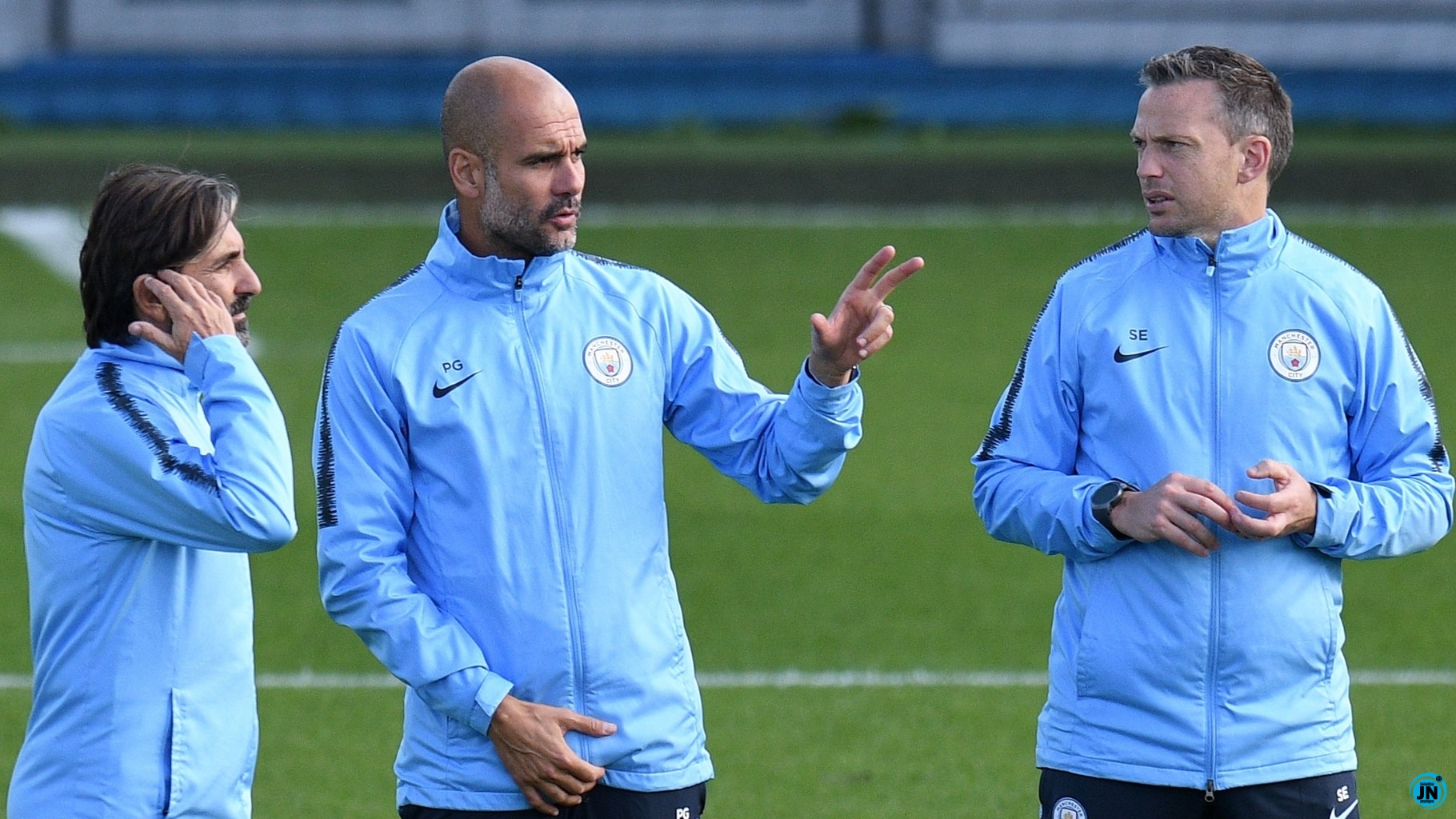 Manchester City boss, Pep Guardiola, has revealed Eric Garcia is set to move to Barcelona as a free agent.

Garcia has made only two starts in the Premier League this season.

The Spanish defender was dropped by Guardiola altogether this weekend, as City claimed their fourth straight Carabao Cup thanks to Aymeric Laporte’s late header.

Garcia, 20, has been capped seven times by the Spain national team and is not satisfied with a lack of regular game-time at the Etihad.

He rose through Barca’s academy ranks before joining City in 2017 and Guardiola, speaking at his post-match press conference, said: ” Eric Garcia is one of my favorite players. I would love to have 15 Eric Garcias for the way he conducts himself, his behavior. He’s always thinking about the team.

“It’s always a good phase, he helps the manager and the backroom staff all the time and I would love it.

“He will go in an incredible team and when the people say the people are unsatisfied if I don’t play them.

“I think with Eric, like most of the times, he’s not on the bench because he’s going to move to Barcelona, I hope so. But I think of them. It’s tough but it is what it is.”