Eden Hazard Has A Message For Chelsea Fans | JustNaija 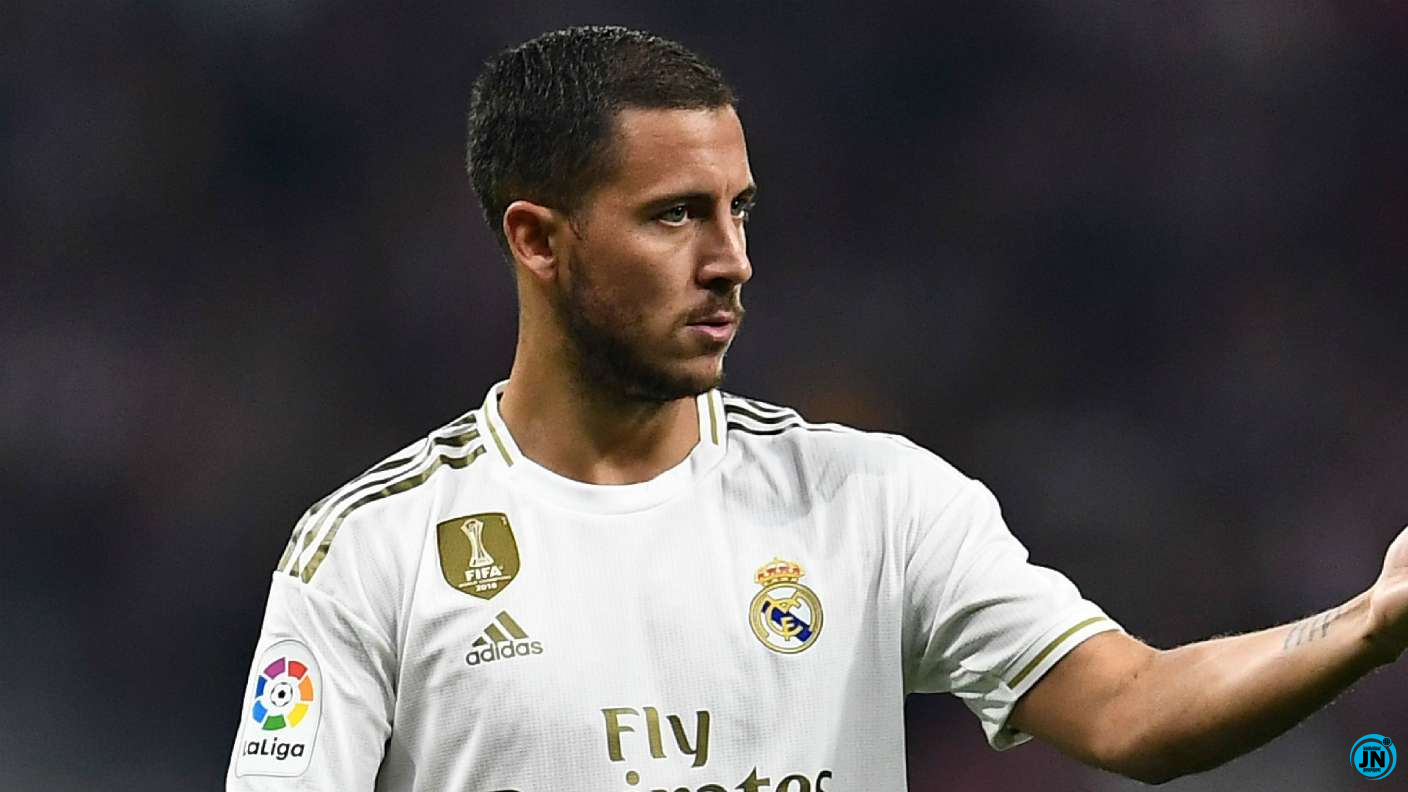 Eden Hazard says he will return to Chelsea after calling time for a fruitful seven-year stint in West London this summer when he's done at Real Madrid.

Hazard completed a switch from Stamford Bridge to Santiago Bernabeu on June 7 for an initial £ 88.5 m ($119 m) fee, putting an end to one of the longest-running transfer sagas of the year.

During his time with the Blues, the Belgian won six major trophies, including two Premier League titles and two Europa League crowns, while emerging as one of Europe's finest midfield attackers.

During his first few months in Madrid, the 28-year-old wasn't quite able to meet those high standards, having dealt with a number of niggling fitness problems.

Hazard has played for the Blancos this season in 13 matches across all competitions, but has only one goal to his name so far, and will not have the chance to add to that tally when Zinedine Zidane's side arrives at the Mestalla on Sunday to meet Valencia.

In a 2-2 draw with Paris Saint Germain in the Champions League last month, the former Chelsea winger suffered a broken ankle, resulting in a loss of subsequent fixtures against Alaves, Espanyol, and Club Brugge.

Hazard took some time out of his rehabilitation program this week to talk to Chelsea fan Frank Khalid and, having been told that the Blues are still pinning for Belgium international since his exit, he replied with a smile and a wink: "I'll come back when I finish here.”

Hazard continued on keeping up with the success of his old club under Frank Lampard:

"When I can watch. Not all the time. They're doing well, they're young. Now they can pay for players, they can buy players now."

When it was put to him that, having ended their transfer ban, the Blues should look at signing Hazard, he replied: "I'm doing my job here and then I'm coming back."

Madrid originally thought that Hazard with his ankle problem would be out of action until the new year, but Zinedine Zidane is confident that he will come back to action sooner.

The Blancos are currently second on the goal difference in La Liga behind Barcelona, with the first Clasico of the 2019-20 season scheduled to take place on Wednesday at Camp Nou.

Meanwhile, after 16 games, Chelsea climbed to fourth in the Premier League table, with Bournemouth on Saturday afternoon at Stamford Bridge next.

Lampard will start preparing his team for a short trip across London to meet Tottenham's Jose Mourinho on December 22 after their latest outing.