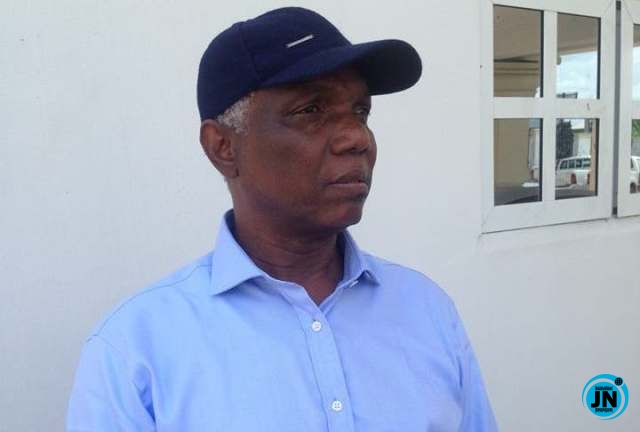 The Delta State Football Association boss, Kenneth Nwabucha has hailed the Felix Anirah football tournament as one of the best things to happen to the sport since the outbreak of COVID-19.

Nwabucha who was speaking at the opening ceremony of the annual Felix Anirah football tourney at the Sapele Stadium, in Sapele at the weekend said he was impressed, with what Chief Felix Anirah is doing to the game”, that is why we are here to support him, and we will continue to do so because what he has done is the best thing to happen to the game in this part of the world”.

The opening ceremony of the 3rd edition of the Tournament saw Juventus FC and Pemu FC jostling a 2-2 draw at Sapele Stadium while other teams across the five different centers Warri, Benin, Ughelli, and Asaba equally kicked off.

Meanwhile, Hon Felix Anirah has presented a cash cheque of a hundred thousand naira to former Super Eagles player, Peter Fregene who has been confined to a wheelchair for years now due to illness.

The lawmaker made the presentation at the stadium before the kickoff of the tournament, thanking the former Green Eagles player for his contribution to the game.

"The only star girl, every other one is a candle" – Prince throws shade while hailing Erica
‘When I See You I See Me’ – Davido To His Second Daughter, Hailey Adeleke
Yet Again, Another Big American Singer Hails Wizkid For His ‘Made In Lagos’ Album
Man hails honest engineer who returned large sum of money he gave him to repair his AC after detecting it was a minor problem