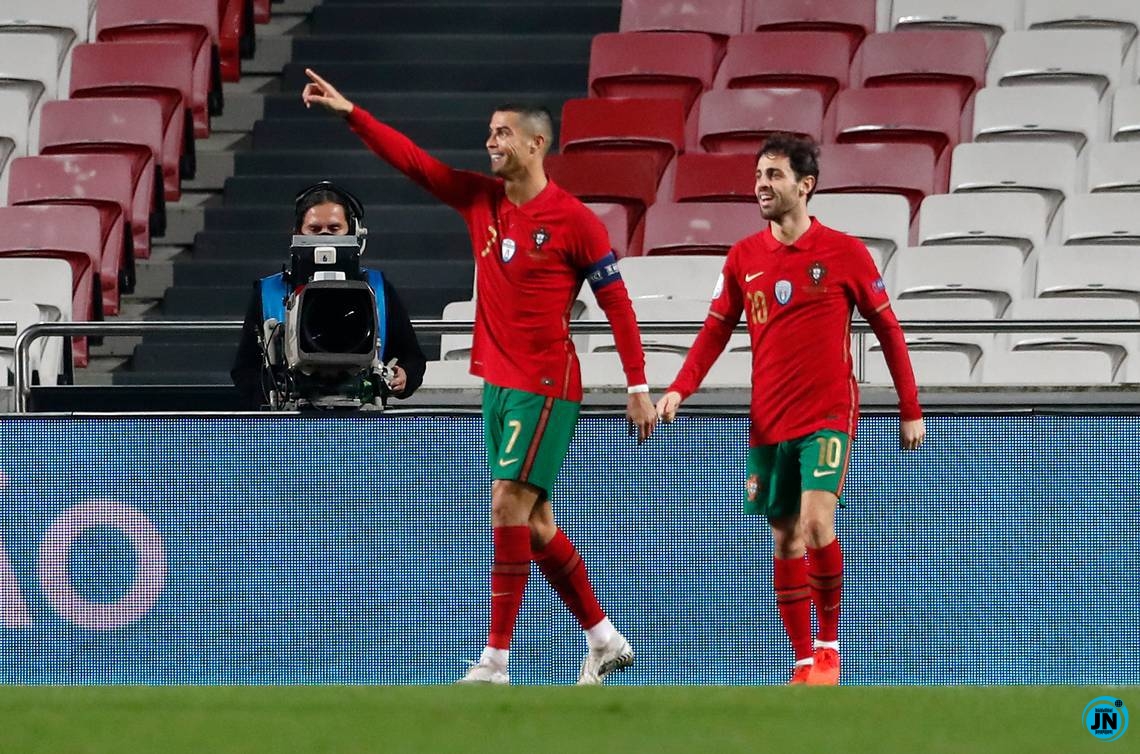 Ronaldo’s late strike takes his overall tally for his country to 102 goals.

Ronaldo broke the century mark after netting a brace in Portugal’s Nations League win over Sweden in October.

Coming off a minor knee injury and having recently been sidelined by a positive COVID-19 result, Ronaldo was not named in the starting XI by Portugal boss Fernando Santos.

The Juventus star came off the bench at half time for Wolves forward Pedro Neto.