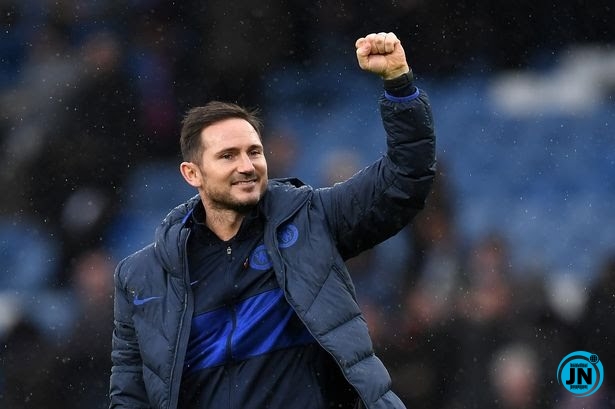 Chelsea Football Club, has today parted ways with head coach and club legend, Frank Lampard, after only 18 months of managing the club.

He is set to be replaced by former Paris Saint-Germain boss, Thomas Tuchel.

In a statement released by Chelsea Football Club, some part of the statements by the club, reads;

“Results and performances have not met the club’s expectations, leaving the club mid-table without any clear path to sustained improvement”.

Lampard, who is the club’s all-time leading goalscorer, enjoyed a good first season as Blues boss.

He led the club to the Emirates FA Cup final, and also secured qualification for the Champions League.

But after being backed with than £200m spent on new players in the last summer, the Blues found themselves 9th in the Premier League after 19 games, 11 points behind leaders Manchester United and five points off Liverpool in 4th.

Lampard late last year, took the Bluee on a 17-game unbeaten run, and also secured a round of 16 qualification in the UEFA Champions League, finishing 1st in the group E, followed my Spanish club, Sevilla.

Having also qualified for the 5th round of the Emirates FA cup yesterday, after a 3-1 home win against Luton Town FC, the club decides to part ways with him, after some notable away defeats to Everton, Wolves, Arsenal and Leicester and a 3-1 home defeat to Manchester City.

Wow what a match i love it