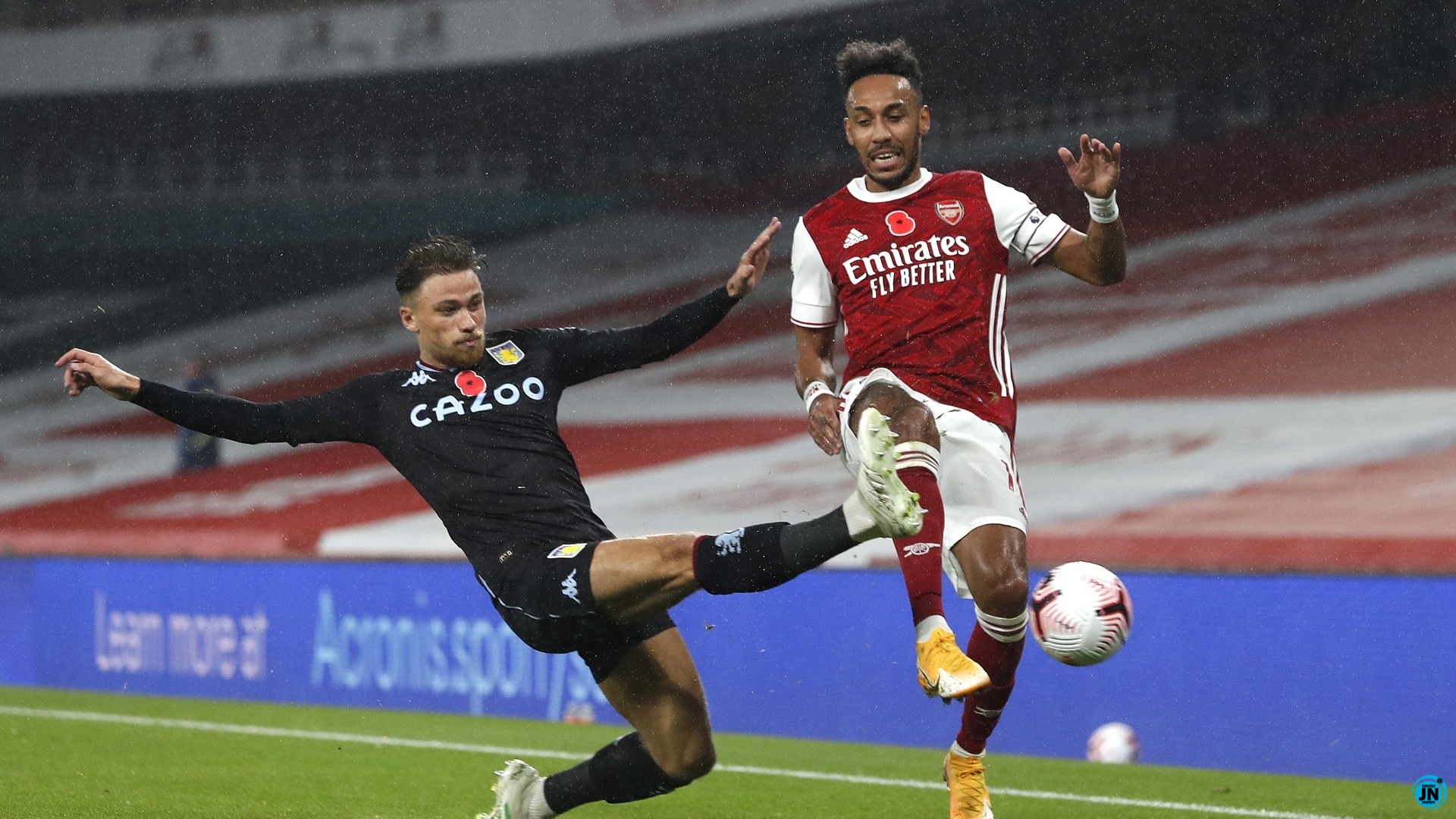 Arsenal captain, Pierre-Emerick Aubameyang, has set an unwanted record for the club, after their defeat to Aston Villa.

Aubameyang failed to register a single shot in their 3-0 defeat to the Villans.

It was the first time in his Gunners career he has done so in a league game at the Emirates since he signed from Borussia Dortmund in January 2018.

But he was not the only one at fault for shoddy attacking play after just two shots in total on Sunday night.

However, it was an alarming performance from the striker – who was so reliable in front of goal last season.

It has been a slow start to the campaign for Aubameyang, with just two goals in eight outings so far in the Premier League.

Davido Officially Signs Singer, May D To 'DMW' Records
Wizkid And FireBoy Are Set To Drop A Record Together – Masterkraft
Don jazzy signs new female member to Mavin records
Simi Reveals How Her Daughter Spoilt Her Song Recording & Why She Will Leave It For Fans To Hear It