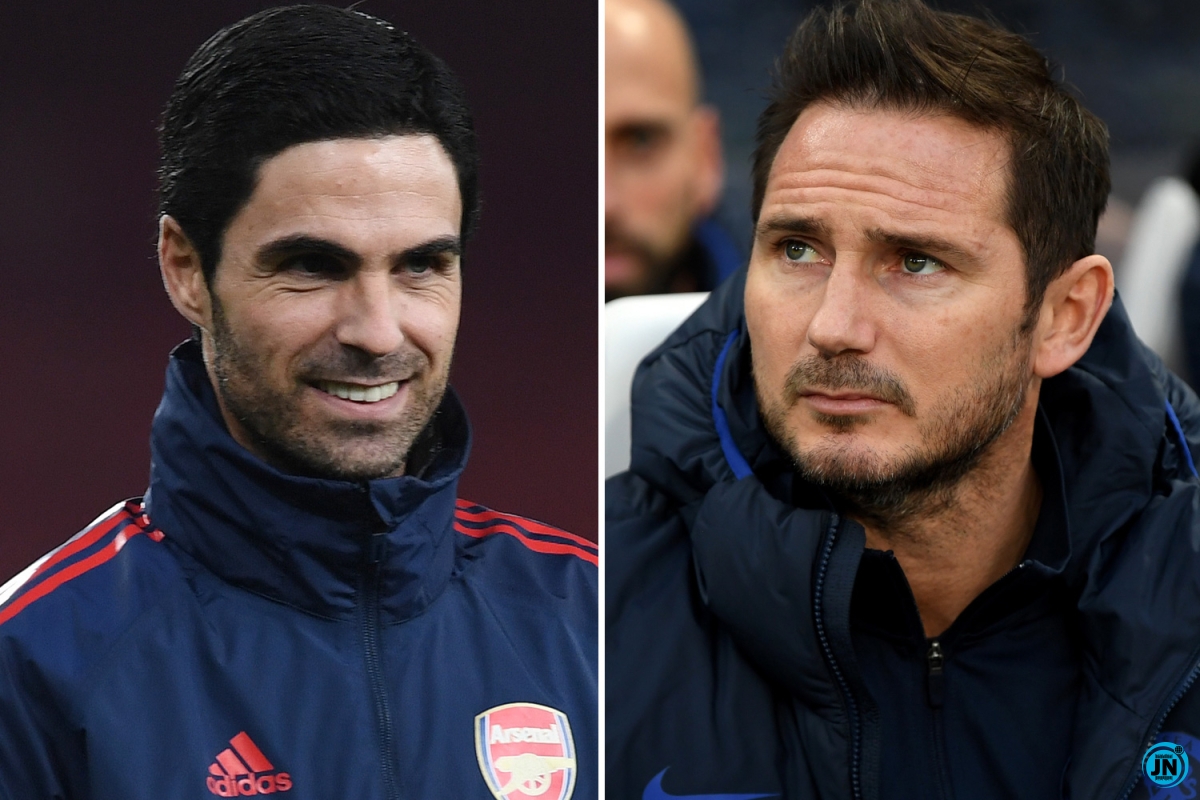 Arsenal manager, Mikel Arteta, has said he is not enjoying Frank Lampard’s current struggles at Chelsea.

Just a few weeks ago, the Blues were top of the table and title contenders.

But their form has deteriorated since they lost 3-1 at Arsenal on Boxing Day.

The Gunners are now just two points behind their London rivals.

Arteta himself was facing scrutiny over his position at the Emirates during a nine-game winless run.

But now it is Lampard who is under the microscope after Chelsea lost five of their last eight league matches.

When asked if it makes him smile that Lampard is now going through what he experienced, Arteta replied:

“No. When any of my colleagues are in difficulties, I don’t smile.

“I had a lot of support from a lot of managers in the league when we were going through rough times, even some advice as well and that’s how it should be.

“We are competing with each other but we share a profession and we know the challenges of this profession.

So I wish Frank the best.”

Fans React To What Will Happen To Willian And Pedro If Chelsea Don’t Do This Today
Chelsea Fans On Twitter Attack Lampard And The Club Over Latest News On Fikayo Tomori
See The Chelsea FC Players That Have Supported Nigerian Youths In The #EndSars Protest
UCL: “Chelsea loves 1-3 scoreline” – Napoli fans warn Real Madrid ahead of their 2nd leg quarter-final tie