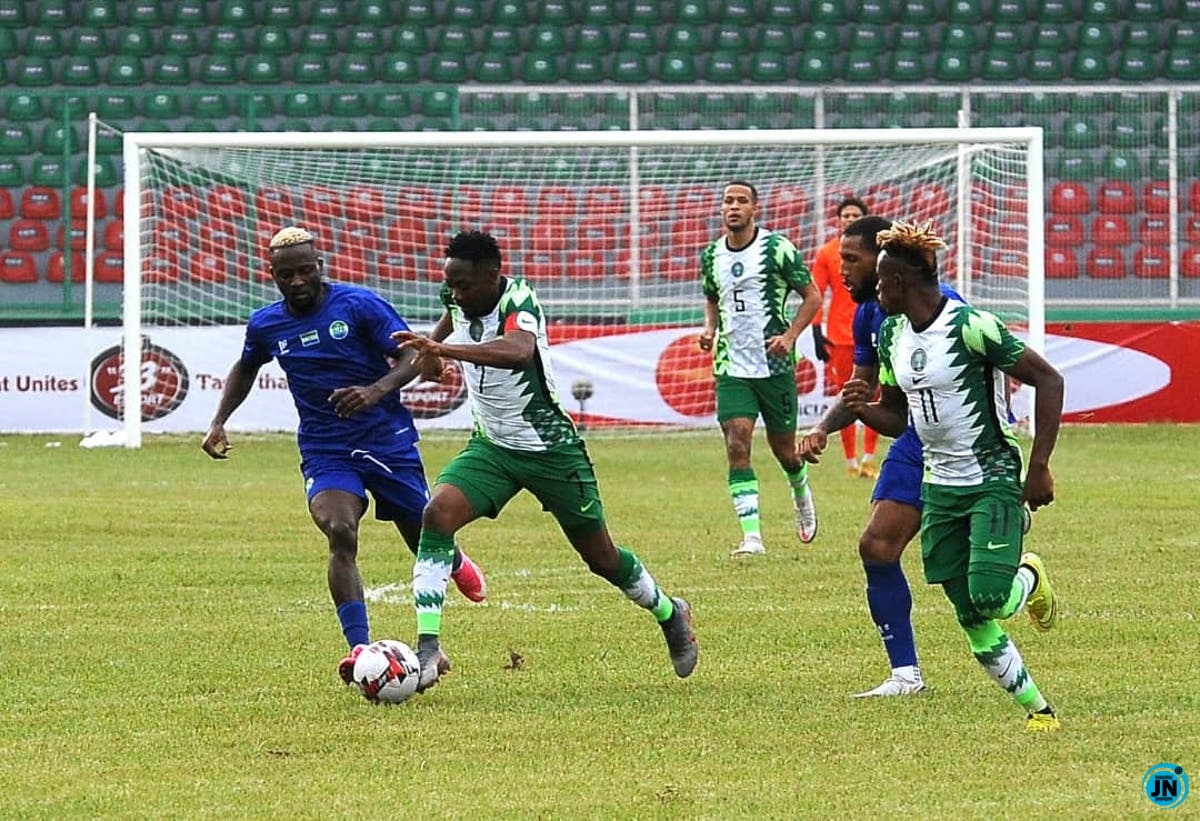 The Super Eagles hit the ground running in the encounter and dominated the first half, scoring four goals before taking their legs off the pedal.

Sierra Leone subsequently came from behind against the three-time African champions and share the spoils at Samuel Ogbemudia Stadium.

Musa made his 94th appearance for the Super Eagles in the match and featured for 65 minutes before he was replaced by Leicester City forward Kelechi Iheanacho.

“Dear Nigerians, on behalf of myself and my teammates we are really sorry for the disappointment of the game tonight,” Musa told NFF media.

“We know we made a very big mistake in the game but there is nothing we can do, that’s football. Sometimes we win and sometimes we lose.

“We will correct our mistakes in the next game. By God’s grace, we will go there [Sierra Leone] and do our best to see we qualify for the Afcon and we know we can do it.

“We are sorry for the game tonight and we will make it up, thank you very much.”

Nigeria maintains its lead in Group L with seven points from three games after securing victories over the Republic of Benin and Lesotho.