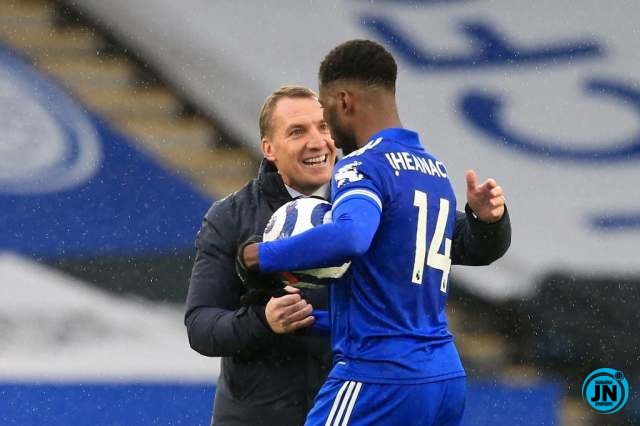 Leicester City is in the semi-finals of the FA Cup for the first time since 1982, thanks to Kelechi Iheanacho who has continued his fine goalscoring form with a brace in the Foxes 3-1 victory over Manchester United at King Power Stadium.

Iheanacho’s two goals were scored on either side of an excellent Youri Tielemans strike. Mason Greenwood had earlier equalized for Manchester United, but the Red Devils were never close to repeating their San Siro heroics in the East Midlands.

Iheanacho who has been dubbed “Senior man” by fans and teammates alike is expected to feature in the Super Eagles squad against the Republic of Benin and Lesotho in the 2022 Africa Cup of Nations Cup, has scored five goals in two matches.

His form has been a source of joy to Manager Gernot Rohr whose team needs only one point from the remaining two matches to qualify for the continental showpiece.