Why Gumi should not cause disaffection in the military
Posted by 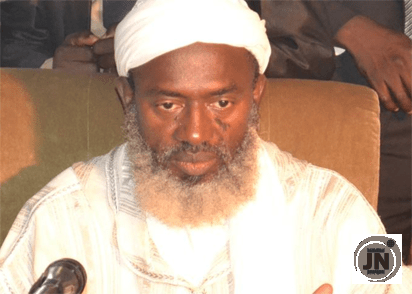 The Unity Advocacy Group (UAG) has alerted Nigerians of the dangers of having a military divided along religious and ethnic lines.

UAG reaction follows a recent statement credited to Sheikh Abubakar Gumi, where he accused non-Muslim soldiers of carrying out orchestrated killings in some communities and precipitating anger in the North.

Sheikh Gumi further said in the statement that the killings triggered the raging banditry in parts of the North.

According to Gumi “What I want you people to understand is, soldiers that are involved in most of the criminalities are not Muslims. You know, soldiers have Muslims and none Muslims. The non-Muslims are the ones causing confusion just to ignite a crisis.”

In a statement on Monday, UAG said the statement is capable of causing disaffection in the Armed Forces of Nigeria.

The statement signed by UAG’s Secretary, Balogun Akindele, and Publicity Secretary, Hamza Goni noted that the military is a binding force in the country.

They said: “While not holding forth for the military, as citizens and stakeholders of this great country, we are concerned over the statement by a cleric in the person of Sheikh Gumi. Nigerians should note the role of the military in keeping the country together. The military divided along religious and ethnic lines is leeway to a divided country. The military fought and is still fighting to keep Nigeria one.

“At this time that the country is passing through a difficult time, notable personalities are expected to speak peace and not what will divide us”

The group urged Nigerians to disregard the statement by the cleric and pray for military personnel who paid the sacrifice to keep the country together.

“UAG, therefore, appeal to Nigerians to disregard the statement and have faith that the Armed Forces of Nigeria is united in tackling the present insecurity challenges across the country.”