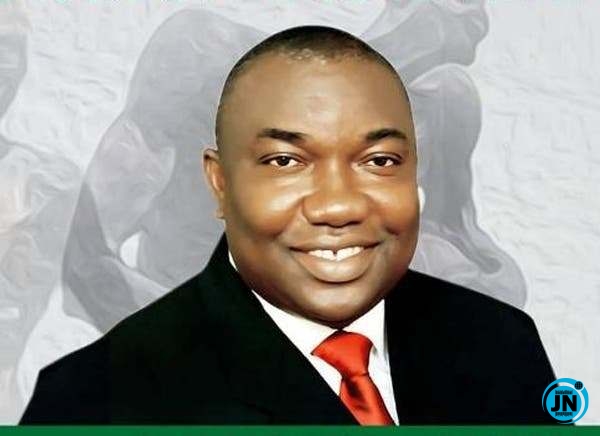 Nigerian law students, under the aegis of Law Students’ Association of Nigeria (LAWSAN) will during their national convention scheduled for Friday, September 11, 2020, at Abuja, honor Governor Ifeanyi Ugwuanyi of Enugu State, with “The Governor of the Year” award.

In a letter jointly signed by the National President and Assistant Secretary-General of LAWSON, Emmanuel Eze Nwobodo and Nafisa Abdullahi, respectively, the law students disclosed that the award, which they said was unanimously endorsed, is in recognition of Gov. Ugwuanyi’s track-record and contributions to Nigerian Legal Education in particular and leadership in general.

They added that the recognition is “in view of your standing as a deserving contributor to that which concerns youths, coupled with your inspirational personality”.

According to them, “we have unanimously concluded that you (Ugwuanyi) indeed represent all that every student, and of course this Association labors to achieve and we graciously seek to have you in attendance as we have chosen you to be the distinguished awardee as the Governor of the Year.

“Your Excellency, it is our culture to meritoriously honor Distinguished Governors who have contributed to legal education and as well assisted in raising the hands and heads of students at challenging points in their life and this year is not an exception.

“In consideration, we are confronted with a long list of Governors. However, we have strategically followed your track-record and as well conducted strict due diligence on your contributions to Nigerian Legal Education and leadership generally.

“Consequent upon which you have emerged our credible choice as a distinguished guest and awardee at the event of the forthcoming National LAWSON Convention billed to hold on the 11th September 2020, at the Zeus Paradise Hotel, Federal Capital Territory, Abuja”

The law students who noted that Vice President Yemi Osinbajo and the Attorney General and Minister of Justice, Abubakar Malami are past awardees, appreciated Gov. Ugwuanyi for the Bursary allowance, his administration recently granted to 246 students of the state at the Nigeria Law School, among other remarkable contributions to the Legal Profession as well as Nigerian Legal Education “through your interests in students’ activities”.

Cuppy Reveals Why She Never Dresses Like Other Nigerian Celebrities
Davido’s Assurance, Chioma Advices Nigerians
See How Davido Is Topping All Nigerians On Popular Social Network, Instagram
Nigerians pray for Mercy Aigbe for putting smiles on the faces of people with her new TV Show