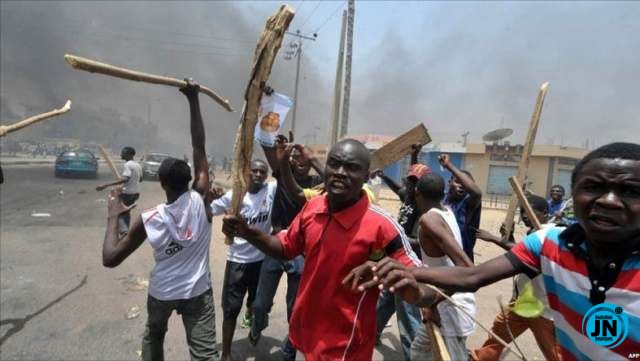 Vehicles too, Vanguard gathered, were not spared as the vigilante’s Hilux van and a car belonging to a Jumm’at mosque were completely burnt down by the thugs at the weekend.

The incident was confirmed by the state treasurer of the committee, Mahmood Isah Dalhatu while speaking with journalists in Bauchi.

He added that the hoodlums also raided the house of their state chairman and set his car on fire when they couldn’t kill him, noting that the miscreants were on a vengeance mission.

Corroborating the Vigilante’s claim, the Bauchi State Police Command confirmed the incident stating that six members of the Yan Komiti were injured in the process while their Hilux van and another one belonging to a Jummaat mosque in the area was also burnt.

Police Public Relations Officer, DSP Ahmed Wakili said there was an attack on the office of Yan Komiti in Kofar Dumi.

“The DPO of ‘A’ Division reported that on 14th of November, 2020 at about 1300hrs that some hoodlums numbering more than 20 attacked the office in a case of arson. A team of policemen rushed to the scene and evacuated the victims to ATBUTH where they were treated and have been discharged. Some of the suspects had locally made Dane guns which were recovered from the scene. A full investigation is ongoing and profiling of those arrested will be made, those found culpable will be prosecuted and the innocent ones will be freed,” he said.