Juwairiya Auwal, who is a 7-year-old young girl, Was killed by a suspected female ritualist inside a hut, In Jos Museum, Plateau State. 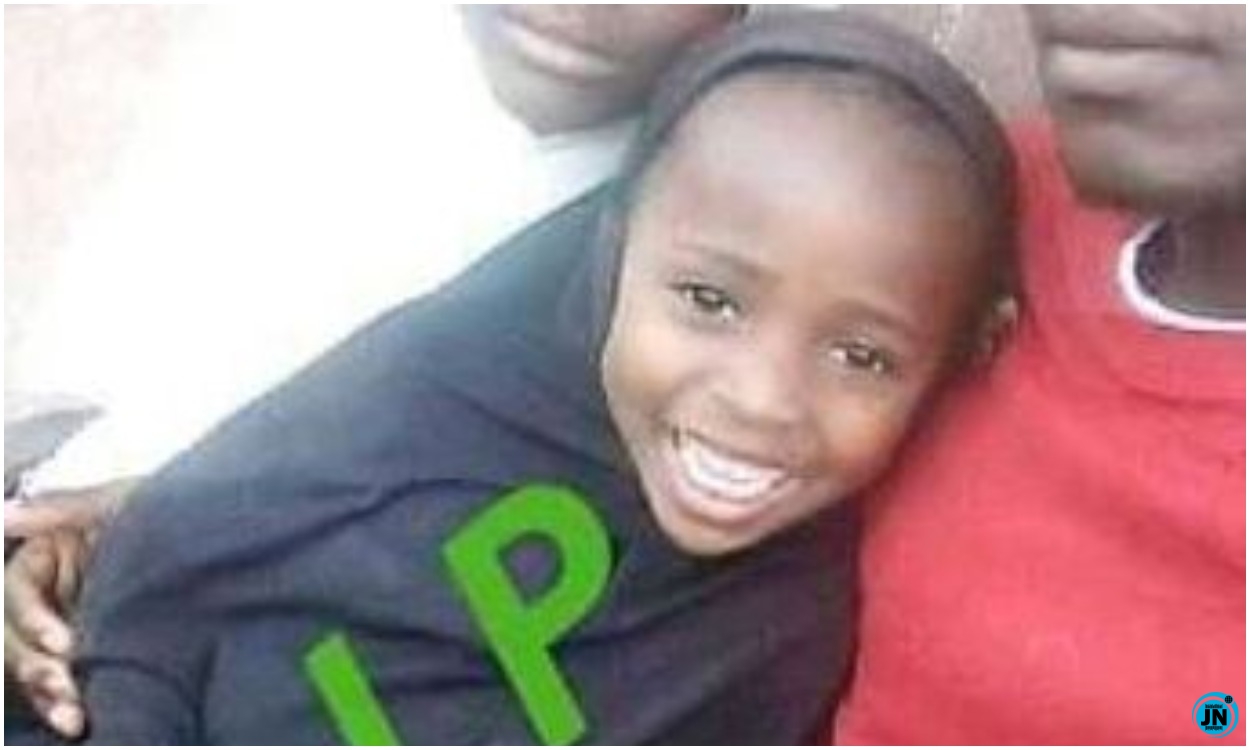 It was learned that on Saturday, September 5th, Juwairiya Auwal and her elder sister Fatima Auwal, went out as usual to hawk brooms around Tudun OC in Rikkos community, Jos north local government area of the state, when they were confronted by an unknown Fulani woman.

According to the deceased elder sister, Fatima, when she opened her eyes she found the elderly woman slaughtering Jamahiriya. She managed to escape to look for help.

“I ran looking for help, I met a man reading a newspaper and narrate what happened to him, but before we got back to the hut, the old woman had disappeared. The man rushed to the nearest police station and reported the incident. The police arrived and picked up the corpse of my sister to Plateau State Specialist Hospital.

“The strange thing is that my sister was slaughtered, but no trace of her blood on the ground or her body”.

This is the coming few weeks after a young boy named Faruk Abubakar was slaughtered for ritual purposes by unknown persons in the Tudun Fera area of Jos.

Sharing photos of the little girl, one Assiddiq Jibrin Abubakar revealed that Fatima and Jumairiya’s father was killed by the police during a crisis in October 2019, while their mother is unemployed. The family lives at Yanshanu Nassarawa Gwom in Jos Local Government Area of Plateau State. 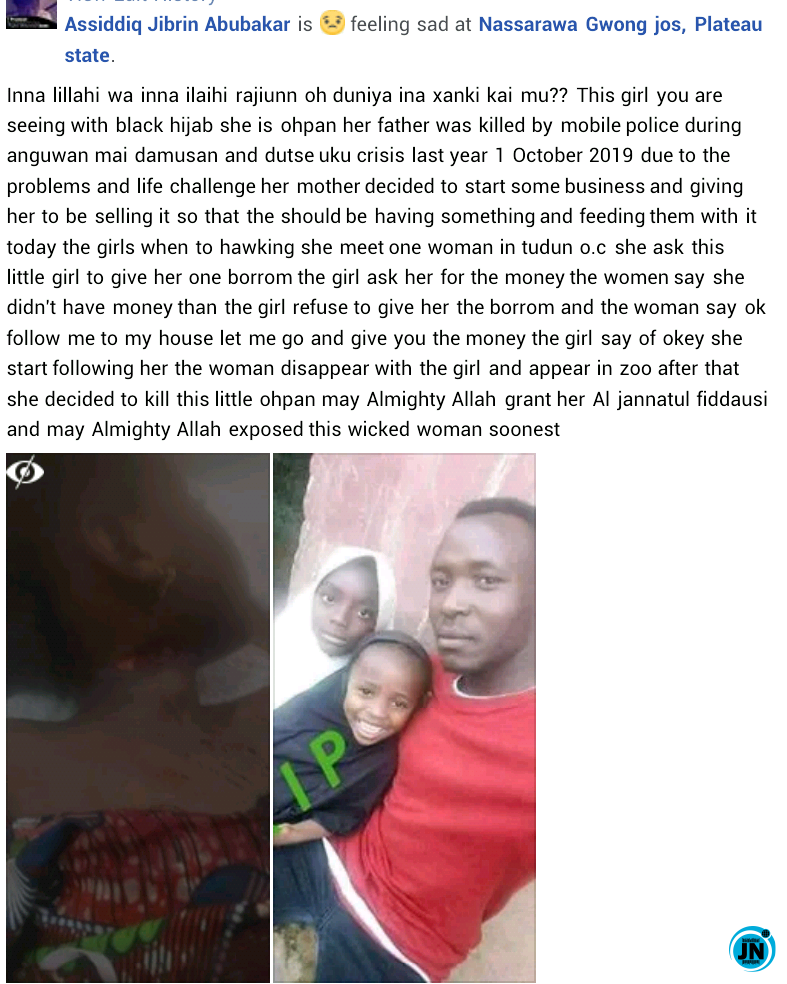 The World is Ending already, As Female Ritualist Kills 7- years -old girl in Jos
Man narrowly escapes from ritualist den in Ibadan
“Na that juju she use collect Tonto Dikeh’s husband” – Reactions as Rosy Meurer pose as a ‘spiritualist’