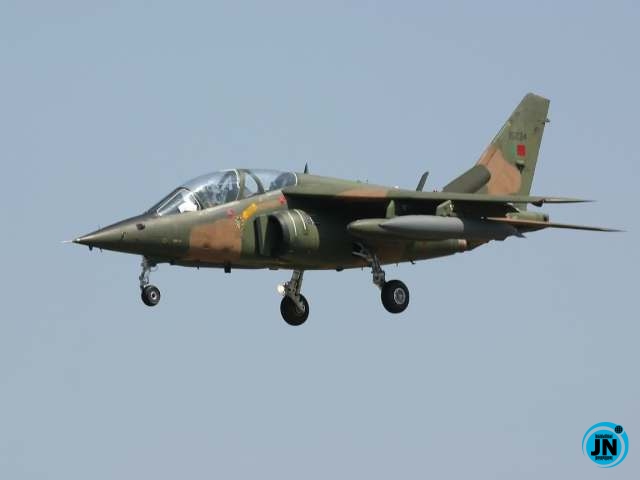 Nigeria. Airforce is set to take delivery of additional aircraft, including a new multi-role fighter aircraft, the ‘3 JF-17 fighters’, and 8 other Unmanned Combat Aerial Vehicles (UCAVs), whilst also reactivating several existing platforms such as the F-7Ni fighter jet.

The Chief of the Air Staff (CAS), Air Marshal Sadique Abubakar, made this known on Monday 9, 2020 during an operational visit to NAF Base Makurdi to assess the ongoing reactivation work on the F-7 aircraft.

While in Makurdi, the CAS also commissioned some infrastructural projects, including the newly-remodeled and fully-furnished NAF School of Air Intelligence (NAFSAINT) as well as a block of 10 unit single bedroom and block of 6 unit 2-bedroom accommodation for the Pakistani pilots and technicians who would support the JF-17 aircraft during the first year of its operations in Nigeria.

The CAS was also briefed on the progress of some ongoing Research and Development (R&D) projects, which include a handheld single-rocket launcher and a 6-tube rocket launcher, being jointly executed by the 131 Engineering Group and the 633 Central Armament Depot (633 CAD) Makurdi.

Speaking after assessing the progress of work on the F-7Ni aircraft, the CAS expressed extreme delight that the Federal Government’s support to the NAF was yielding great dividends in ensuring the Service has the required platforms to more effectively secure the Nation.

He noted that this was evident in the volume of ongoing reactivation work on several grounded aircraft to bring them back to serviceable status.

“Recall that just last week, we were in Kainji to assess the progress of ongoing in-country Periodic Depot Maintenance (PDM) on 2 Alpha Jet aircraft. Today, we are in Makurdi for the reactivation of the F-7 aircraft and, by next week, we will be in Kano to see what is going on with the Life Extension Programme (LEP) of another batch of 3 L-39ZA aircraft”, he said.

Air Marshal Abubakar emphasized that these activities clearly showed the level of seriousness with which the Government is working to ensure that the NAF gets some of its grounded aircraft back to flying status.

He revealed that, out of the 9 F-7 fighter jets earmarked for reactivation, 7 aircraft, which require a high level, in-depth maintenance by the Original Equipment Manufacturer, was being disassembled for freighting to China due to the unavailability of all the necessary maintenance and test equipment within Nigeria.

He however highlighted that 2 of the aircraft would undergo Life Extension Programme within the Country, which would be executed by the Chinese technical partners, with support from NAF Engineers and Technicians, using equipment in the recently reactivated Machine Tools Workshop at the 131 Engineering Group.

The idea, he said, was to ensure that the NAF has an adequate number of serviceable aircraft whilst also building the capacity of NAF personnel in line with what was done with the Alpha Jets in Kainji as well as with the C-130Hs and the L-39ZAs aircraft in Ikeja and Kano, respectively.

“This clearly shows that all hands are on deck. We are working round the clock to ensure that we have what it takes in terms of capabilities as well as capacity to ensure that we provide the required security for our people and our country”, the CAS added.

He further disclosed that the UCAVs being expected from China had been packaged for shipment to Nigeria, while the training of the NAF personnel to man them is ongoing in China.

Speaking earlier during the commissioning ceremony, the CAS stated that since 2015, the NAF had prioritized the provision of good living accommodation for personnel as well as befitting hostels and state-of-the-art training facilities for its schools.

These efforts, he said, had greatly enhanced the output of NAF operations and given the Service several technological breakthroughs.

“Upgrading our structures for intelligence gathering is one of those approaches. As such, the importance of this event cannot be overemphasized”, he said.

According to him, “the NAF is not oblivious of the fact that it would always need skilled intelligence personnel to translate the information from these machines into actionable intelligence needed to formulate plans, make decisions, and take actions. As such, the Service is keenly developing the knowledge and skills of intelligence operators for this purpose”.

While reminding personnel to justify the resources being expended to improve their knowledge, skills and welfare, the CAS urged them to do all within their power to ensure that they deliver desired results for the security and progress of the Country.

“As a Service, we must strive to meet the expectations of the country at this time of our heightened involvement in curbing insecurity. We must efficiently protect the citizenry and our critical assets and, as much as, possible support the civil authorities in ensuring the safety and security of our society. We must ensure we put in our best to ensure that the Nation’s territorial integrity and sovereignty are not undermined by individual or group of individuals”, he said.

Earlier in his welcome remarks, the Commandant NAFSAINT, Air Commodore Ernest Owai, while expressing his appreciation to the CAS for his unwavering support, stated that the School, in keeping with the CAS’ Vision, had continued to review its curriculum and manuals in accordance with the dynamic nature of the intelligence statecraft to ensure the provision of accurate and timely intelligence to support NAF operations.

He said the upgraded facilities would provide the much-needed relief and enabling environment for the more effective impartation of knowledge.

“As the CAS always says, ‘you cannot give what you do not have’, hence the drive for capacity building. We are indeed thankful to the CAS for improving the lot of the NAFSAINT and for continuously showing uncommon commitment to meeting the needs of the School”.

He assured that the facility would be judiciously utilized and properly maintained to serve generations of NAF personnel that would pass through the School.

Other dignitaries at the ceremony included the Chief of Defence Intelligence, Air Vice Marshal Mohammed Usman; the Commander Operation Whirl Stroke; Air Officers Commanding of the Tactical Air Command, and Air Training Command; as well as other senior military officers and heads of security agencies in Benue State.