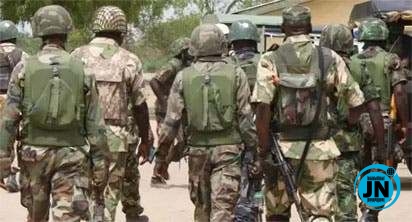 A source revealed to TheCable that the soldier suddenly took his gun, aimed at his head, and pulled the trigger.

“He shot himself in the head, and he died immediately before other soldiers could even rush to help,” a military source said.

The soldier was also said to have left a note for his wife. His body has been evacuated and sources said the investigation into what led to the incident is in progress.

Sagir Musa, the army spokesperson, was not immediately available to comment over the matter.