She was a witch, says man who stabbed 98-yr-old woman to death in Enugu
Posted by 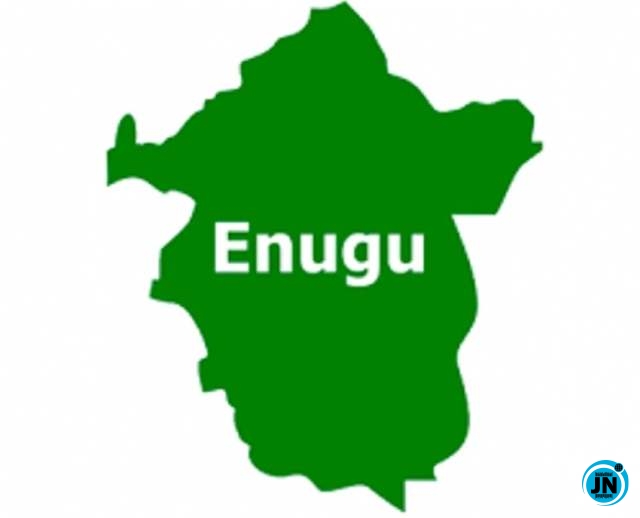 Chinedu Ugwueze, who allegedly stabbed a 98-year-old woman, identified as Oyibo Ogidi, to death at her apartment in Ovoko, Igbo-Eze South Local Government Area of Enugu State has accused his victim of witchcraft.

Ugwueze, in his confessional statement before he was handed over to the police, said her victim was causing spiritual setbacks to members of his community, prompting him to snuff life out her to liberate others. He also confessed to the murder of a 55-year-old man, identified as Joseph Ogbonna, in the same community in April 2020.

However, a member of the community who pleaded for anonymity debunked the witchcraft claim of the suspect, adding that he murdered his victim because she was in possession of the huge sum of money she got from the sale of their family land, adding that the deceased family decided to give her some percentage of the money since she did not marry out of the family.

The source also said that the suspect quickly changed his wardrobe and was living lavishly before the community intensified efforts to unravel the circumstances surrounding the murder of the deceased who was the eldest woman in her clan before her death.

It was gathered that his arrest followed joint security efforts, involving the traditional ruler, vigilante groups, and the community’s married daughters (Umuada).

A community source who pleaded for anonymity told Vanguard that having committed the dastardly act, Ugwueze, absconded to a suburb, Okpuje, in Nsukka Local Government Area of the state where he was doing business with his newly married wife.

It was gathered that he withdrew from the community when the aforementioned bodies summoned a security meeting to unravel the circumstances surrounding incessant murder cases in the community.

The source also said “When he noticed that the community has intensified efforts to get to the root of the matter, he sent a friend home to bring his motorcycle to at beer parlor where he was having fun with friends. With that, he ran away from the community.

“Some community members then volunteered to go to Okpuje where was doing business in search of him. On sighting the emissaries, he attempted to bolt away but was overpowered. He was brought home and he confessed to the crime.

“She said that he killed the woman because she was a witch. He also confessed that he was behind the murder of a 55-year-old Joseph Ogbonna, who was equally killed in his sleep, April 2020,” the source said.

Another family source who equally pleaded for anonymity also said “He confessed that when he went to the house of the childless woman with his accomplice, Tobechukwu Atamah (now at large), Tobechukwu hit her head with a rod while he stabbed her to death before carting away with her cash and other personal belongings.”