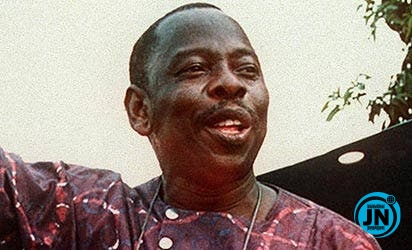 Civil society organizations, community leaders from within and outside Ogoniland, women leaders, youth groups, the academia and rights groups from across the world, on Thursday, got together to mark the 25th memorial of late Ken Saro-Wiwa, with a call on for an environmental audit of the Niger Delta.

The rights groups and activist made the call in a communiqué released after the the25th Memorial Environmental Summit organized by Environmental Rights Action/Friends of the Earth Nigeria (ERA/FoEN), Health of Mother Earth Foundation (HOMEF), and Corporate Accountability and Public Participation Africa (CAPPA) in honor of the late Saro-Wiwa in Port Harcourt, Rivers State.

Saro-Wiwa, an environmental rights activist and writer, is among the nine Ogoni men sentenced to death and killed on November 10, 1995, by the government of Gen Sani Abacha, for their activities in seeking welfare for Ogoni people following the effect of oil exploration and gas flaring.

On Thursday at the summit, which had “25years after Ken Saro-Wiwa: The Nigerian Environment and Lessons Not Learnt!” as a theme, Director of HOMEF, Dr. Nnimmo Bassey, noted that 25 years after the tragic activities that culminated in the killing of Ken Saro-Wiwa and his eight Ogoni kinsmen, the fossil fuels industry actors are still in the business of denial and continue the wanton destruction of the Niger Delta and Nigerian environment.

Bassey, who spoke on The Ogoni Struggle and Unending Quest for Environmental Justice in Nigeria, noted that it was still business as usual in the region.

The summit held that in spite of overwhelming evidence absolving the late Ken Saro-Wiwa and the other Ogoni leaders of the allegations that the Justice Ibrahim Auta relied on to send them to the gallows, the Nigerian government had failed to exonerate the men.

The participants also agreed that 25 years after the Ogoni 9 tragedy, the Federal Government is yet to address the degraded Ogoni environment, while the cleanup of Ogoniland as recommended by the United Nations Environment Programme (UNEP) is strewn with deliberate hurdles.

Also, the culprits behind the arrest, detention, and extrajudicial murder of Ken Saro-Wiwa and other Ogoni leaders are yet to be “held accountable for the environmental racism.”

Other suggestions are that “the Federal Government to pay the Ogoni nation an ecological debt for decades of pollution, neglect of their polluted environment, displacement of her people and denying them justice;

“Need for a judicial panel of inquiry to revisit the murders of Ken Saro-Wiwa and the arbitrary arrests, maiming, and killings that forced many Ogoni indigenes to flee and go into exile;

“The Nigerian Government remove existing hurdles and accelerate the clean-up of the devastated Ogoni environment and indeed the entire Niger Delta;

“Immediate release of the Ken Saro-Wiwa Memorial Bus seized for no reason by the Nigerian Customs Service (NCS) in 2015;

“Rivers State government removes the names of the late General Sani Abacha and other actors responsible for the Ogoni killings of 1995 from all edifices in the state, and that

“The federal government immediately halt the drift to full-blown tyranny occasioned by the growing cases of suppression of the rights of the people of the Niger Delta, activists and peaceful protesters such as the #ENDSARS promoters.”

Other groups that were at the summit and/or signed the communiqué are Green Alliance Nigeria, Host Communities Network, Ogoni Solidarity Forum, and Social Action.

Others are the Centre for Environment, Human Rights and Development; Student Environmental Assembly of Nigeria, Young Friends of the Earth Nigeria, Stakeholder Democracy Network, and Civil Liberties Organisation.

Revealed! Chioma Was Peruzzi's Side-chick Before He Gave Her To Davido (Photo)
NDLEA seizes 1,292kg of illicit drug in Ondo forest, arrests 9
Champions League: All The Teams That Have Qualified For Round Of 16
"You've Lost Your Respect Abi?" – Fans Tackle Destiny Etiko For Calling Genevieve By Her Name