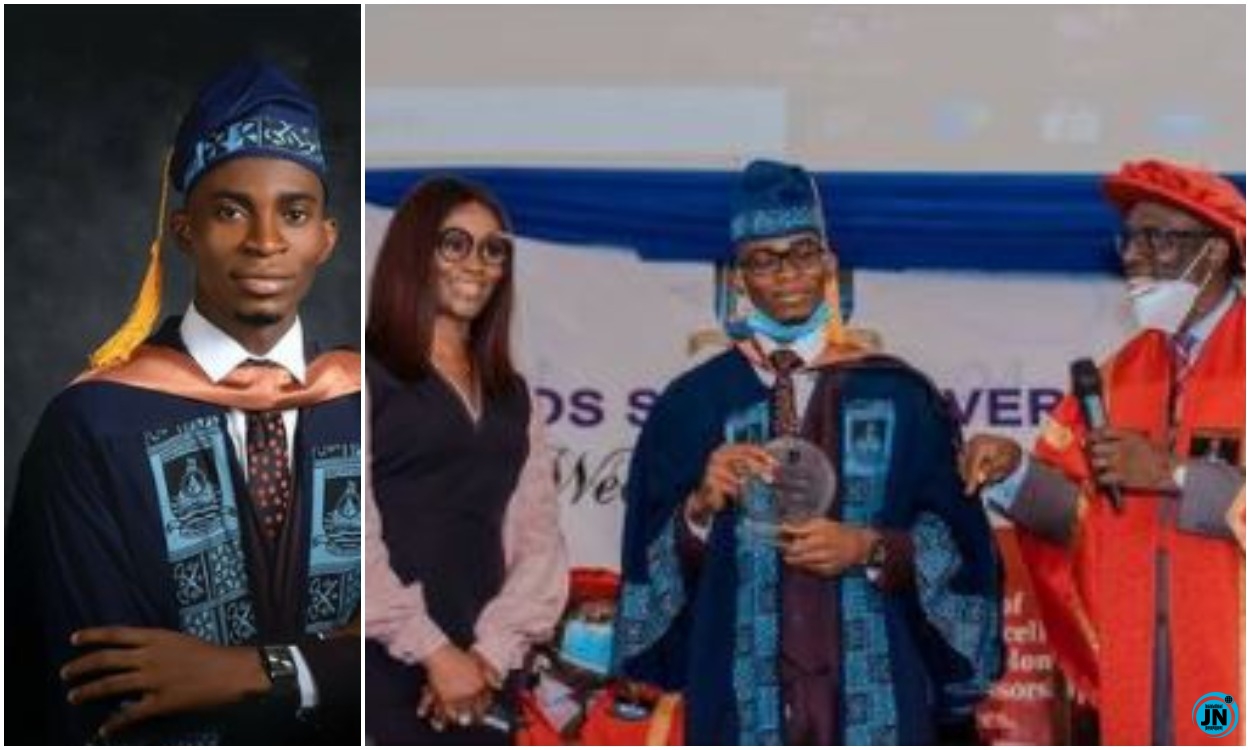 Babajide Sanwo-Olu, the Lagos State Governor, has pledged a donation of 5 million Naira to the best graduating student of the Lagos State University (LASU) and also a full scholarship to whatever level of education he chooses to attain.

Sanwo-Olu pledged at the LASU 24th Convocation ceremony which held on Wednesday, Dec 16.

Sanwo-Olu, who contracted coronavirus and still in self-isolation after joined the event virtually from the State House, Marina.

Oladimeji Shotunde, a student whose mother is a tradesman and his father a technician, is the recipient of this donation and scholarship, having appeared the overall best graduating student.

22-year-old Oladimeji Shotunde finished from the Department of Business Administration in the Faculty of Management Science, with a Cumulative Grade Point Average (CGPA) of 4.95.

Also, Sola Olabanjo, a Master’s degree graduand from the department of Computer Science, who scored a CGPA of 5.0, will also get a 5 million Niara grant from the office of the Lagos state governor, Sanwo-Olu announced.

Oladimeji Shotunde via social media after the ceremony to deliver a vote of thanks.