RUNDELE: Rivers town where it’s sacrilege to make love on bare floor, inside bush
Posted by 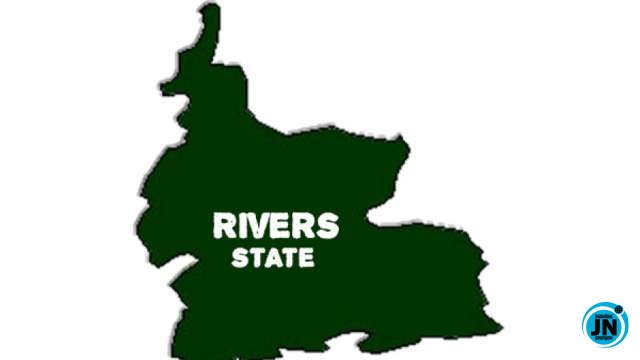 RUNDELE community also called Ndele in Emohua Local Government Area, Rivers State, is adjudged to be one of the communities in the state with copious taboos causing people to wonder how the inhabitants survive.

But the villagers cling resolutely to the tradition, saying their ancestors made the laws for them to live in harmony and they would make no attempt to abolish them.

It is an abomination to be intimate on the bare floor, bush —Elendu, CDC chair

NDV met one of the traditionalists, who is Chairman, Community Development Committee, Mgbuelia community, Rundele clan, Kpalikwu Elendu, during a visit. He maintained that the laws helping the people to live in peace were made by their ancestors and have been preserved and obeyed to date.

Elendu disclosed that it was a grave offense to have carnal knowledge of a lady in the bush, adding that the gods of the land must be appeased for the offense. He stated that it was also taboo to make love on the floor without a rug, carpet, or mat, adding that tiles were not acceptable.

His words: “If a man and a woman are making love in Rundle and your leg touches the wall, there is no problem. But for you to come down on the bare floor and make love, it is an abomination. If you do it, you will have to appease the land of Rundele before you will be free. Even making love in the bush is a serious abomination.

“If you do it as a son or daughter of Ndele outside the village, maybe in the city or even outside Nigeria, any day you return to the community and drink water in the community, the land will hold you.

“If you committed the act, you run to your people and explain what happened to them, they will take you to the family that appeases the land to carry out the cleansing,” he asserted.

Only animals make love in the bush

According to him: “The land sees that it is only animals that make love in the bush. So, when you as humans go to the bush to make love, you have reduced yourselves to animals and our land forbids it.

What happens to insubordinate persons?

“When anyone violates any of these laws and refuses to appease the land, the person will die. If the person dies, there will be a sign on the corpse that the person violated the law of the land.

“When this happens and the owners of the corpse hide it and go-ahead to bury the person, the evil forest will come for war and clear the family.

“These laws are strong, so what we do is that we lecture our children from when they start talking. We keep lecturing and reminding them. When they are traveling, you still remind them of all the laws of the land,” the community leader asserted.

Elendu noted that the law holds Christians as well, adding that many pastors who went against the law usually come to carry out the cleansing process.

“There is nothing like Christianity in this area, it is our tradition, whether you are a pastor or Bishop, when you flout these rules, you must come to appease the land or it will hold you.

“A lot of pastors come for the cleansing when they make the mistakes. If you are a pastor and you think you cannot go there, you call your people, buy all it takes and hand it over to them to go for you. They will carry out the appeasement and bring something they will rub on you and you will be free,” he said.

The community leader told NDV: “It is a taboo for you to pour water on somebody even out of annoyance. If that happens, the person whom you poured the water on will come to the community to report and the community will hold you to appease the gods of their land.

“If the person refuses to appease the land, the land will hold the person. Wherever you are, if you like, travel outside the country, you must come to do it or you die and when you die, you will not be buried.

“If you are not from Ndele and you pour water on Ndele son or daughter and the matter is reported to the elders, the people of Ndele will write you to come and appease their land; if you refuse, the land will hold you.”

When somebody pours water on you, the person has reduced you to a slave. When you do that against our people, you must come and apologize to the gods of the land.”