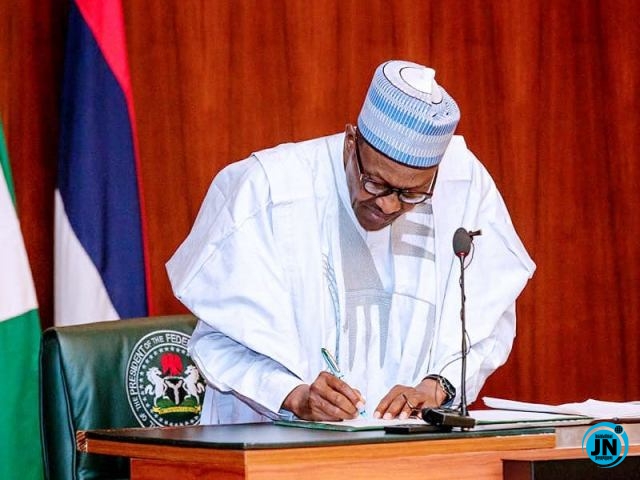 A member of the House of Representatives, Rep. Yusuf Gagdi, has commended President Muhammadu Buhari for signing the Nigeria Police Bill 2020, into law.

Sponsor of the Bill in the House of Representatives, Rep. Gagdi, the member representing Kanam/Pankshin/ Kanke Federal Constituency, Plateau State while lauding Mr. President’s action, said the Act “will no doubt promote intense security in states across the federation”.

Rep. Gagdi said, ” I want to commend Mr president for this giant stride as this is coming at a time when the country is facing serious security challenges”.

” this for me is a step in the right direction that will address the challenges of structuring, appointments, promotions, discipline, postings, living conditions, pension and retirement benefits of the Nigeria Police Force as identified in the Principal Act”.

He also stated that the Bill was necessitated by “the alarming spate of insecurity and criminality in the country whose negative effects on the economy and socio-political development of Nigeria is well documented”. He said ” Mr president has shown that he has the interest of the people at heart by ensuring that this bill is signed to address these issues”

“The Act repeals the Police Act Cap. P19. Laws of the Federation, 2004, and provides for a more effective and well organized Police Force, driven by the principles of transparency and accountability in its operations and management of its resources”

The Police Act (Repeal and Re-enactment) Bill went through all legislative processes in the House of Representatives with the sponsor of the Bill Hon. Yusuf Gagdi noting that the bill seeks to provide a framework for the Nigeria Police Service; ensure cooperation and partnership between the Police and communities in maintaining peace and combatting insecurity in Nigeria.

Speaking further, he had noted that the 2019 edition of the Global Peace Index (GPI), placed Nigeria among the five least where according to the report Nigeria ranked 148th among 163 Independent for the second year in the row, having attained the same unenviable position in 2018.

“Provision of specific objectives that allows for a more efficient and effective Police service”.

“Ensuring that the fundamental human rights of persons in police custody are protected.”

“Reviews the mode of Appointment, Removal, and Tenure of the Inspector General Police (IGP); Defining the limit of powers and functions of the IGP”.

“It also increases the number of persons responsible for the assignment and deployment of Commissioners of Police (CPs) to various States.”“Establishing Community Police Forums and Boards by CPs of each State, and Prohibiting gender discrimination in the Nigerian Police Force”

Recall that the 8th Assembly had in an attempt to pass the bill which was unsuccessful following controversies surrounding the provisions on appointment, tenure, and dismissal of the IGP.

“Among others, the act also establishes an appropriate funding framework for the Police in line with what is obtainable in other Federal Government key institutions, enhances professionalism in the Force through increased training opportunities, and creates enduring cooperation and partnership between the Police Force and communities in maintaining peace and combating crimes nationwide.

President Buhari had in a memo dated September 16, 2020, communicated his assent to the National Assembly, through the Clerk”.