Divine Ikubor, known professionally as Rema, is a Nigerian singer, songwriter, and rapper. In 2019, he signed a record deal with Jonzing World, a subsidiary of Mavin Records. He rose to prominence with the release of the song "Iron Man", which appeared on Barack Obama's 2019 summer playlist, He took to his Instagram page, To finally Rise to Fight and Ask PDP party members of Edo state why his father was killed in an Hotel In Edo State, Benin City.

Finally, Fast Rising Successful Singer Divine Ikubor(REMA), Has cried out for justice for his father and Is ready to fight till the end, until all behind his Father( Justice Ikubor) are brought to book. 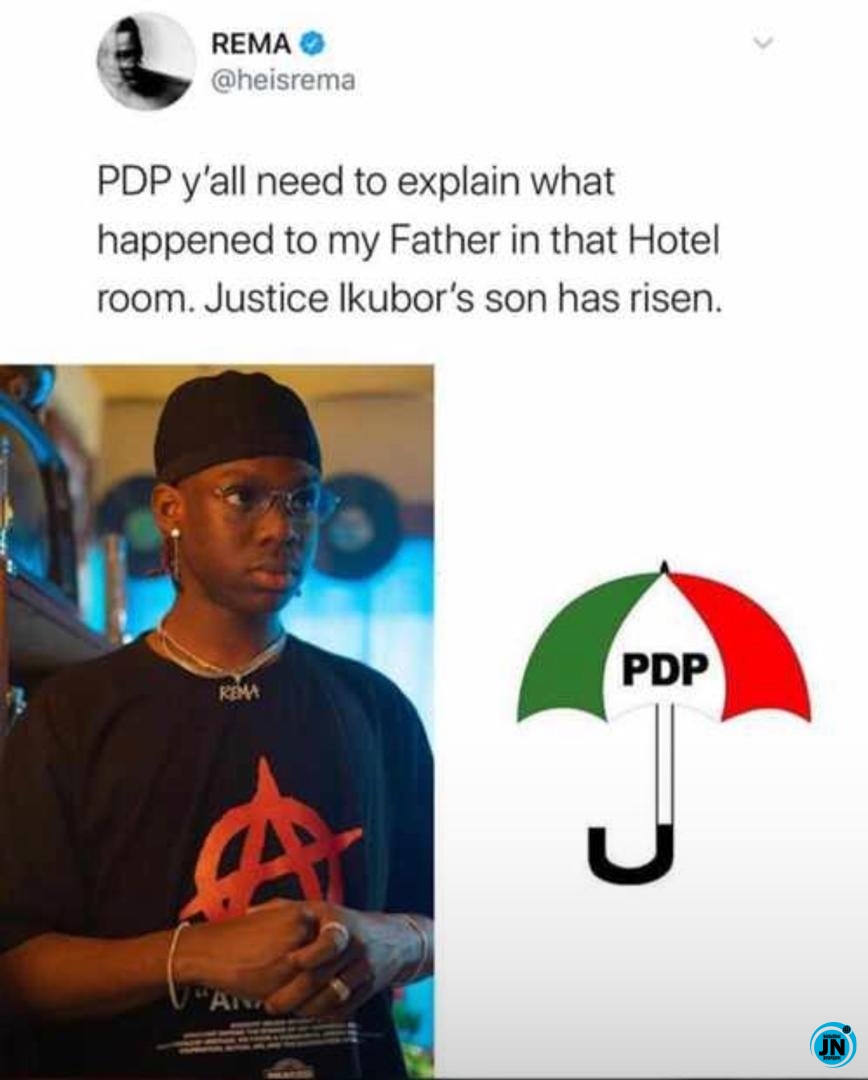 Is like you don dey see 1kobo for your pocket