President aide, Bashir Ahmad reacts after being outed for “wrongly passing off” photo of strawberries as those from Plateau state
Posted by 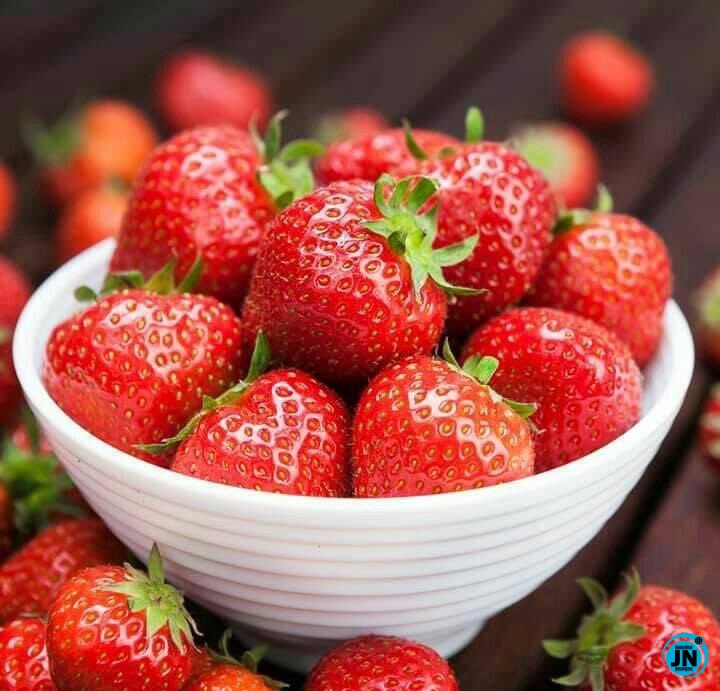 President Buhari’s aide on New Media, Bashir Ahmad has reacted after he was called out for passing off a photo of strawberries from an Indian article as those from Plateau state.

After the presidential aide had shared the photo with the caption “This is from Plateau, Nigeria”, a quick check showed that the photo was from an article published on The Indian Express on February 20, 2020. 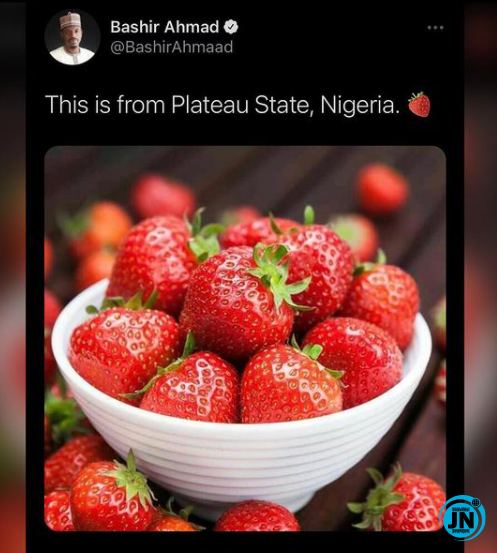 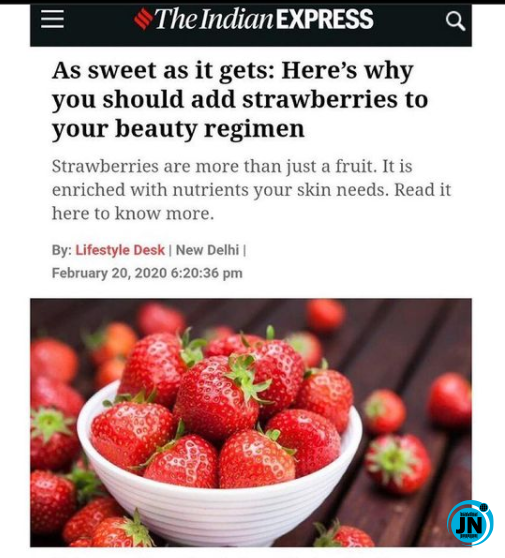 The controversy triggered the Media Aide to delete the photo following the revelation that the photo was not from Plateau. The aide then revealed he got the photo from a friend in early 2020, who also insisted that he took the photo in Plateau state.

Tweeted this picture with a caption “This is from Plateau, Nigeria”, some respondents said otherwise, I got the picture from a friend in early 2020, who still insists that he took the photo in PT, anyway, I deleted the tweet. Whether from PT or not, I believe we have the best there. 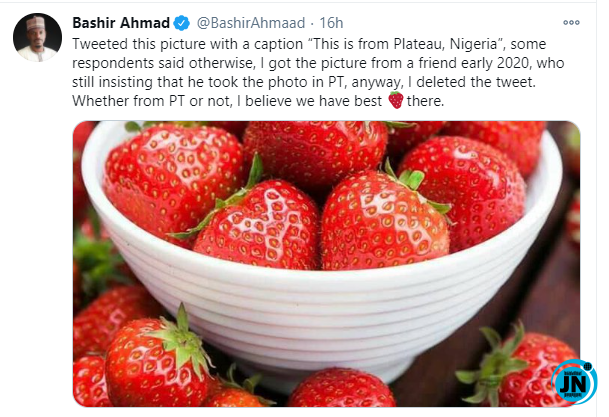