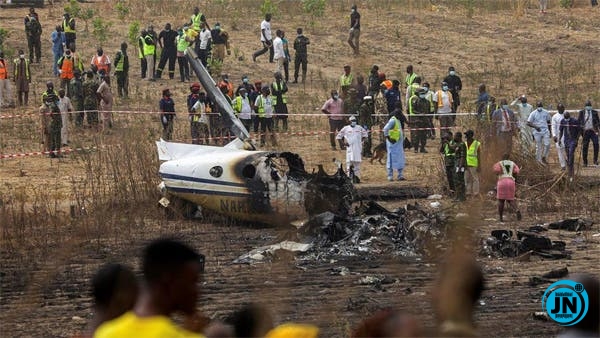 Vanguard reported, last Saturday, that all seven occupants of the plane died in the air disaster. Read the full story :

Below are images from the burial:

Rest on my man