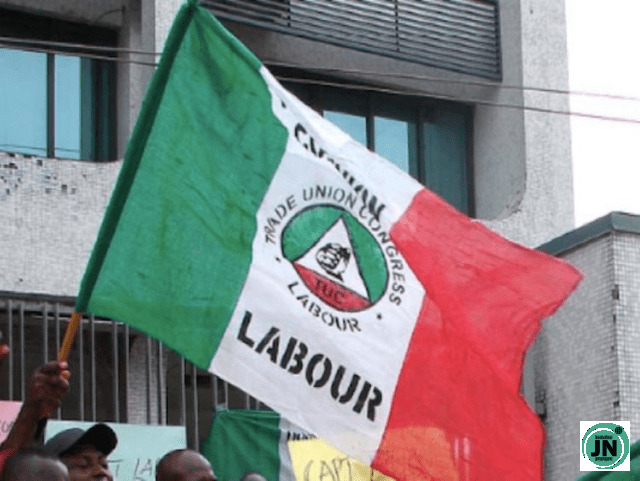 The Organized Labour accused the Federal Government of not being prepared for a sincere and honest dialogue in finding a lasting solution to the petroleum price increase and electricity tariffs.

The organized labor also accused the government of violating the understanding reached by the two parties before the planned September strike was suspended, adding that it was one of the reasons that they staged a walk-out at their meeting on Sunday night.

They also said that they will not attend any meeting organized by the government until the recent increase in petroleum pump price was reversed.

Recall that at the resumed meeting between the Federal Government and the organized labor at the Old Banquet Hall, Presidential Villa, Abuja on Sunday night, the labor leaders stormed out of the meeting over the recent increase in fuel pump price.

Briefing journalists on Monday, the Deputy President of the Nigeria Labour Congress, NLC, Comrade Joe Ajaero said, “Our strike was suspended based on certain understanding and those understanding were being violated, that was why we raised that alarm yesterday (Sunday) which led to the walkout.

“And this is in spite of the patriotic understanding of labor which has drawn the flak of the public which think we are not doing enough to protect their interests on the issues of petroleum products and electricity tariffs.”

On whether the organized labor would be going on strike with the recent development, Comrade Ajaero said, “I don’t think we operate that way in the labor movement.

“Our strike was suspended based on certain understanding and those understanding were being violated that was why we raised that alarm yesterday which led to the walkout.

“Part of what we are doing in terms of engagement is to reach out and if every other means fails, a strike is usually the next option for any union.

“We don’t just at any slightest provocation start declaring a strike, I think that is not what is on the table now but there are certain disagreements which we are trying to address.”

Ajaero further reacted to the impression that Nigerians have lost faith in the labor movement in the country, saying, “We didn’t buy it with money and we will equally not buy back their confidence with money.”

He said in the last agreement entered into by the duo, the government appeared to have its own interpretation of it different from the spirit and letters of the agreement.

“If we say we can’t accept deregulation that it is import driven and that the refineries must work before you go into this and then you go into price-fixing. Price fixing is not the same thing as deregulation.

“You can’t regulate in a deregulated market. If they have deregulated, the price of petrol in Sokoto will not be the same in Abuja, there will be deviation so if they go into price-fixing and call it deregulation, that is not acceptable to us.

“We won’t hold NNPC’s hands and stop them from announcing a new pump price but what matters is our response and even when we did a correspondence to them, that is an official correspondence and since we knew there was going to be a meeting, we had to bring it to the table.

“We had an agreement with them and not while we are still meeting you and before we could do the next meeting you increase pump price. The best thing for that discussion to go on in good faith was to return to the point where we were before we continue discussions and that was what happened yesterday.”

Asked what was the implication of the walkout, he said,” What walkout means when discussions fail, a walkout is not industrial action, it is not going slow, it is no lock-in. The walkout is an expression of anger, it's another means of easing tension instead of us being on the same table and someone stands up to insult the other.

“Walkout also means to reconvene at a later date when the issue that led to the walkout might have been addressed either privately or publicly. The walkout is not a strike and it's not a strike motive.”

The organized labor in a joint press statement by the NLC and the Trade Union Congress, TUC, titled,” Why we walked out”, said that the government had shown bad faith in their agreement.

The text was signed by the General Secretary of the NLC, Comrade Emmanuel Ugboaja, and the Secretary-General of the TUC Comrade Musa Lawal Ozigi.

The text reads in part, “We have invited you here today (Monday) to keep you informed about the breakdown in dialogue between the government and organized labor.

“Some of you who were present at yesterday’s meeting at State House witnessed first-hand government’s act of bad faith leading to our walk-out.

“However, for the benefit of those who were not at the State House meeting, we find it prudent to restate the developments as they unfolded.

“You may recall that following our notice to the government to protest the increase in the pump price of petroleum products and electricity tariffs, the government reached out to labor not to proceed on its nation-wide protest, that was slated for 28th September 2020.

“Terms and conditions for putting the protest on hold were clearly spelled out in the Memorandum of Understanding. The conditions include fixing the existing refineries, entrusting them to efficient managements, creating an enabling environment for new refineries, and doing all positive things that would ensure enhanced and sustainable local refining capacity.

“Furthermore, the Government/Labour Committee was set up to review the increase in electricity tariff.

“Nothing in the agreement gives government license to embark upon a pain-inducing and life-crippling increase in the pump price of products at this difficult time.

“Indeed, the letter and spirit of the terms and conditions of the agreement presuppose that contemplation of an increase would constitute a breach of the dialogue process.

“What we reasonably expected was that government would channel its creative energies to deepening stimulus to the appropriate sectors of the economy to kickstart growth.

“Whilst the Committee was still working, the government had not taken any step to revitalizing the local refineries and has flagrantly refused to discuss this with the unions in the oil and gas sector as agreed.

“Government’s conduct was not only a violation of fundamental terms of its agreement with labor, it was in bad faith calculated to frustrate the process of an amicable resolution.

“At our meeting yesterday (Sunday night), we had prioritized as urgent this matter before delving into the issue of palliatives. However, the Honourable Minister of Labour, Dr. Chris (Ngige) did not think it was important.

“All efforts to make him see reason failed. Given the tense situation and the government’s manifest insensitivity, labor has no option other than a walkout.

“From the foregoing, it is clear that the government is not prepared for a sincere and honest dialogue on finding a lasting solution to the twin issues of the petroleum price increase and electricity tariffs.

“And this is in spite of the patriotic understanding of labor which has drawn the flak of the public which think we are not doing enough to protect their interests on the issues of petroleum products and electricity tariffs.

“We are a credible pan-Nigerian organization committed to protecting the interests of Nigerian workers and the general public. We have lost neither our focus nor resolve to act in furtherance of our members or the nation as a whole. We remain committed to this noble cause.”