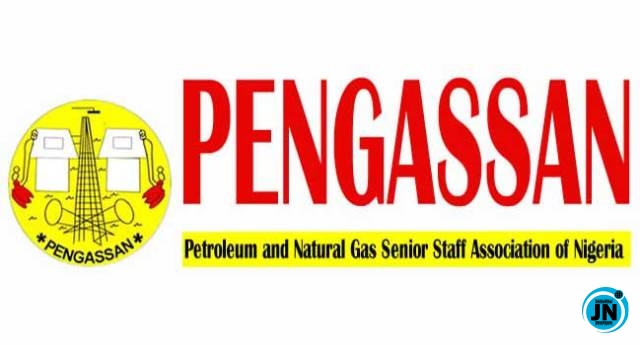 Oil workers, under the aegis of Petroleum and Natural Gas Senior Staff Association of Nigeria, PENGASSAN, yesterday, issued a seven-day ultimatum to Nigerian Agip Oil Company, NAOC, to immediately discontinue its anti-labor posture and halt all forms of intimidation against its members.

In a statement in Abuja, General Secretary of PENGASSAN, Comrade Lumumba Okugbawa, expressed concern over “the continued unfair labor practices, high headiness and acts of intimidation on its members by the management of NAOC,” despite several warnings.

He said the seven-day ultimatum was to press home its demand that the management of Agip address the issues of the anti-union posture of its Operations Divisional Manager, and also for his redeployment.

Failure to do so within the seven days, which commenced on Monday 25th January 2021, Okugbawa stated that the company would be faced with the escalation of the ongoing industrial action.

According to him, if PENGASSAN proceeds with the industrial action, Nigeria stands to lose the company’s production of about 200,000 barrels of oil equivalent per day.

He said: “Recall that PENGASSAN had in a letter addressed to the company dated January 23, 2021, accused Agip Management of acts described as ‘subtle threat against our members’ and the demobilization of members access to the company facilities.

“The letter also urged the company management to withdraw its toxic memo immediately and open discussion with the branch leadership who are representatives of PENGASSAN, with a view to resolving the issues and restoring industrial harmony.

“However, as a responsible and law-abiding Association, we view the insinuation by Agip management that the legitimate actions of the union were unlawful as laughable and a mockery of the relevant sections of the labor laws detailing on how industrial actions and disputes should follow.

“It is also unimaginable that the Agip Management should accuse us of deliberately avoiding meetings called to address the issues and for disobeying directives from the Federal Ministry of Labour among others.

“Consequently, we are calling on all stakeholders and the security agencies in the country to prevail on Agip management to as a matter of national security and economic development of the country refrain from acts capable of truncating the long-existing peace between workers and management and therefore warn that we will not continue to guarantee industrial peace should the situation persist.”