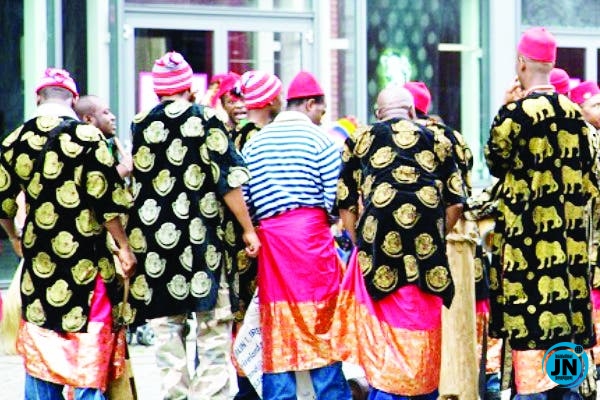 •Ohanaeze chieftains in a meeting

Dr. Joe Nworgu, former Secretary-General of Ohaneze Ndigbo says Ohaneze might lose its potency as a voice for Igbos if politicians are allowed to interfere in the January 2021 elections.

Nworgu told the News Agency of Nigeria (NAN) in a telephone interview on Friday in Awka that article 11 of Ohaneze spelled out methods and persons qualify for president general and secretary-general positions.

Nworgu said it was very clear that Imo would produce the next president-general of Ohaneze slated for January 2021, saying  “all we are waiting is for the Imeobi to meet on December 6, and come up with guidelines for the election.

“While we wait for the guidelines, I want to state that I am contesting for the position of president general as Imo State indigene.

“My stand as it affects next Ohaneze election and the position of president-general is that nobody can be the sole candidate for that post in a state with the slot.

“The Constitution stipulated that at least three persons from a state can contest the positions of the president or secretaries-general.

“Imo State Government is at liberty to support any candidate of her choice, but that does not mean that other persons from the state cannot contest,” he said.

Nworgu noted that if other interested parties are made to forgo their interest, it would result in denying other constitute states the right to choose a candidate of their choice.

“The clear interest of people outside Igbo race on who leads Ohaneze is a very dangerous sign to the future of the body as a voice for our people.

“If we want other tribes to dictate for us, so be it, but that would mean bringing down the rating of Ohaneze from the present height the present leadership by Chief John Nwodo has taken the body to,” he said.

"Wizkid and Burna Boy are ganging up against me but it won’t work" – Davido laments
See The Premier League Record Chelsea Keeper, Mendy Made Against Manchester United, Fans Hail Him
He Is Jealous And An Hypocrite - Twitter User Exposes Davido Tricks Against Wizkid Over The Years
N41.7m fraud: EFCC presents first witness against Mama Boko Haram