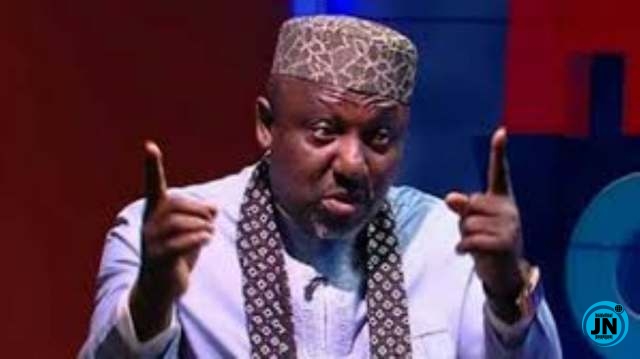 
A chieftain of the ruling All Progressives Congress, APC, and former governor of Imo State, Senator Rochas Okorocha, has described the loss of his party in the Edo State governorship election as people’s revolution against injustice.

This was even as he said members’ respect for President Muhammadu Buhari was the reason the party is still intact, warning that there could be an imminent possible implosion in the party if the leadership failed to address some issues threatening its sustenance.

The senator representing Imo  West Senatorial Zone, reacting to the outcome of the just-concluded Edo governorship election, insisted that APC’s loss was the masses’ revolution against injustice.

“If the report I am getting from Edo is not quite interesting when injustice comes into a matter, the center can no longer hold and that is the problem of the party. I forewarned about what is happening today in our party and if the result in Edo comes out and PDP wins, it means we don’t have APC in the south-south, that is a bad sign,” he told journalists, Sunday, in Abuja.

Okorocha who spoke to the media ahead his 58 birthday anniversary, said: “In the Southeast, literally we can say we don’t have APC, we just managed through the Ben Johnson way to get one state and that does not make our image good.”

“The same party under the leadership of President Buhari, a man we considered a clean man, an honest man, a patriotic man and these are happening, that means it is unfortunate.

“The truth is, what I have been talking about has come to play. If PDP wins in Edo, I will not congratulate the PDP, I will congratulate the Edo people. I congratulate them for standing up against injustice because the people that voted for Obaseki are not only PDP, even people in the APC voted for him. They want to stand up for injustice, Edo people are not docile, they know what they want and how they want it”, he added.

Senator Okorocha, who is a founding member of the party, speaking on the current state of the party, insisted that respect for President Muhammad Buhari was the only reason APC was still existing.

The senator said the party died the day the leadership abandoned the progressive and democratic ideals on which it was founded.

He alleged that apart from President Buhari, the other leaders of the political blocks that merged to form the party in 2015, were practically schemed out by forces that joined the party.

Hear him: “just permit me to give you the inside of APC, this word APC was formed by four major political parties that had governors, one was the CPC-led by President Muhammad Buhari, ACN-led by Ahmed Tinubu, ANPP-led by Ogbonnaya Onu brought their structure, APGA-led by me brought in our structure, every other person fell into this structure. The PDP group came in and joined us. I gave the name APC, I designed that logo and that was the beginning of the party and we had an understanding.

“That is the party you call APC and unless we go back to where it all started, APC can never see the light of the day and that was how we started and that was what brought President Muhammad Buhari to office.

“You cannot rule out the role of these four key people, then CPC has only one governor in Nasarawa, APGA had only one governor, ACN came with the chunk of the governors and ANPP had a few. And we shared the first positions equally among these four parties. Now the founding fathers of the part are relegated to the backgrounds and people are coming with different interests making us play the same kind of politics that PDP played.”

He spoke further: “That trust and respect is what we still call APC, outside that, respect for President Mohammadu and the trust and belief that he could wake up one day and correct all these injustices and make it fine. That’s the only thing that is keeping the APC, if not that, I don’t think there is anything like APC because people are beginning to get fed up. Again, PDP is not even better, the party has its own challenges.

Speaking also, the party’s governorship candidate in Imo State in the 2019 general election, Uche Nwosu, blamed the former chairman, Adams Oshiomhole, for its loss in the Edo election.

According to him, All Oshiomhole did was,” trying to muzzle people to accept a candidate they never wanted.”

Hear him: “The former APC chairman, Adams Oshiomhole caused the defeat of the party because all he did was trying to muzzle people to accept a candidate they never wanted.

“It is a pity that we saw this today when a sitting governor, a credible governor of APC would leave the party to contest in another party platform and defeat a candidate brought by the party he left.

Chief Nwosu spoke further: “This is not what APC was built on. We expect things to be done the right way but the former chairman, Adams Oshiomhole believes that anything can come from anywhere without going through the due process. So for me, I congratulate Godwin Obaseki. For him, he started drinking the water of APC before he went to the PDP, so I congratulate him.”

“I thank President Muhammad Buhari who gave instructions to the security chiefs and the INEC officials to conduct and free and fair election. I think this is the freest, fair and credible election ever in this country,” he added.