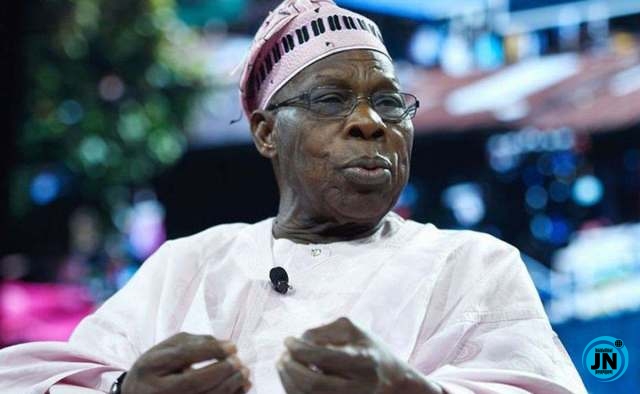 Former President, Chief Olusegun Obasanjo, has declared that Nigerians have a greater role to play in fixing the leadership problem that is bedeviling the country, adding that as a nation, it has a long way to go as far as good leadership is concerned.

Obasanjo, who stated that people of other nationalities can only advise the country on what they think is right, but only Nigerians themselves can fix the challenges.

The former President spoke at the weekend, shortly after he was conferred with a leadership award by the Treasure House Of God Church, Abeokuta, as part of the activities marking the 60th birthday and retirement of the Setman of the church, Seye Senfuye.

Senfuye, a former Accountant-General in Ogun state and the Senior Special Assistant to the former Minister of Finance, Kemi Adeosun, bowed out of service in August after 35 years.

But Obasanjo speaking during a thanksgiving service organized for Senfuye held at the THG, said every Nigerian has a role to play in moving the country forward.

He pointed out that Nigerians who have had opportunities to attain leadership positions not to shirk in their responsibilities in ensuring the country is put on the right footings.

Obasanjo said: “If we are talking about leadership in Nigeria, there is still a lot to continue to do for the country, and for those of us who have enjoyed the privilege of the position we have attained, we must not shirk in our responsibility of the duty that still lies ahead. You and I, and everybody who is here now know that Nigeria is not where it should be.

He, however, commended the celebrator for contributing meritoriously to the service of Ogun State and Nigeria, charging him to continue to dedicate himself to duties that will move the society forward.

Speaking with newsmen, Senfuye thanked God for the grace to witness the day adding that as somebody who has passed through thin and thick of life, he is going to sponsor a bill to the Ogun State House of Assembly for a day to be set aside as a thanksgiving day.

He said the country should be grateful that in spite of the hue and cry, yet “we are still better than some of our contemporaries.”

We have every reason to thank God, many of the nations do envy us, yet we may not be where we were supposed to be, but with thanksgiving and hard work, we shall get there one day.”

Senfuye expressed his gratitude to God for seeing him through 35 years of public service and attaining 60 years of age, declaring that he would dedicate his remaining years on earth to the service of God and humanity.

Obasanjo Tells Nigerians- Good Leadership, You have a role to play.