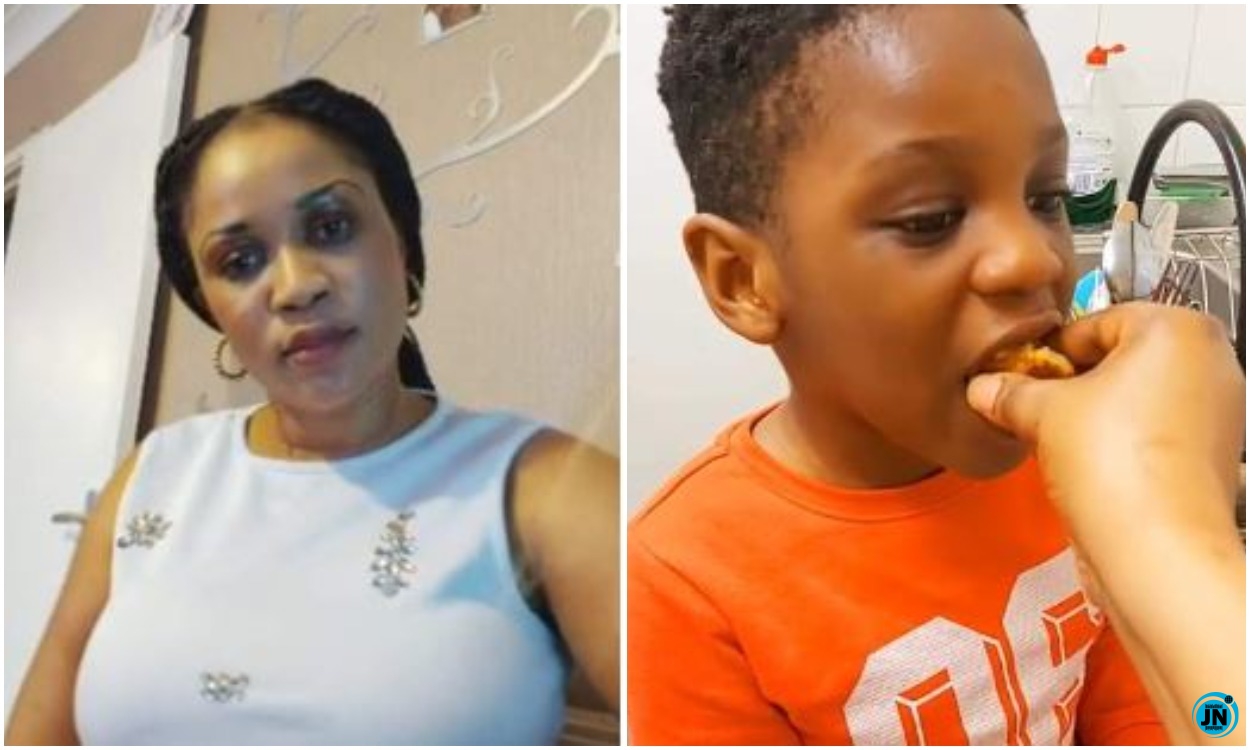 Nigerian mother identified as Oluwakemi Badare has been accused of murdering her 4-year-old son, Kingswealth Bayode.

According to a Twitter user, Award-Winning Wife, in a series of thread on Twitter revealed that Oluwakemi Badare suffered a mental illness (Depression) promoting her to drown her 4-year-old in a pool.

”Oluwakemi Badare must have loved her son. They appear to have a beautiful bond. What went wrong? Oluwakemi murdered her 4-year-old son by drowning him on 02/01/2021. She once put him in hot water in 2017 and was sanctioned, used a year in a Psychiatric hospital. Depression is real

In 2017 she was sectioned for putting him in hot water. Social services took her son and she was in a psychiatric hospital for a year and 2 months. No one saw this coming and she is now in prison for murder and the poor boy is dead.

Unfortunately, Oluwakemi will now have to live with the fact that she killed her own son. In her sane moments, she will never forget or forgive herself. Her husband and older son are far away in Nigeria.

If only they had known that her mental health was that bad, things could have been different. King could have been protected from the one who loved him more than anyone but would turn out to be the one to take his life due to no fault of her own. Depression is real. RIP little one. Mother and Child bonding in this video.”

Nigerian Bar Association (NBA) Chairman, urged members of the association to support Pastor Osagie Ize-Iyamu
“We cannot imagine the pain” – Arsenal FC sympathizes with victims of #LekkiGenocide
WHO Gives a Statistics of the Number of MEN and WOMEN Living with Infertility
Fulani being persecuted because of Buhari — Lamido