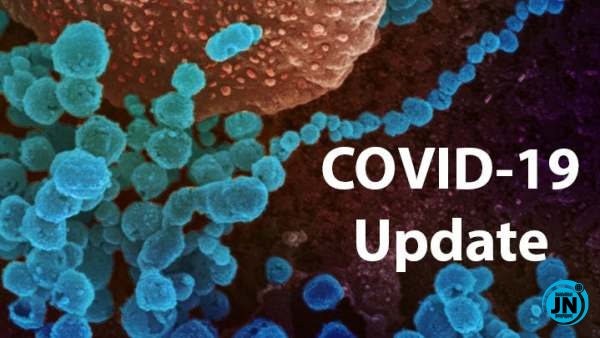 Nigerian leaders in every sphere of life have been charged with the urgent need for patriotism and support to the Federal Government in the rigorous advocacy and mass campaign across the country in other to halt looming devastation with which the dreaded COVID-19 is likely to cause avoidable fatalities if the basic preventive measures are ignored among the people.

In the same vein, the Federal government has also been urged to further increase its surveillance activities at the border posts so as to reduce the incidences of the continual importation of fresh versions of the virus by some asymptomatic carriers that could further complicate the incidences of infections in the country.

An American-based Health Management Expert, Mr. Tony Ismama told journalists in Abuja on Monday that despite the rigorous effort that is being put into the fight to end the spread of the deadly virus in the country, the complacent nature of the majority of Nigerians in carrying out their daily activities is causing a huge setback that is snowballing into the second wave of the virus in the country.

According to him,  “Nigerians have largely refused to embrace the new normal way of life and it is only if leaders at all levels would wake up to their responsibilities in the country by showing the right way to go that the devastating effects of the second waves of the killer virus can elude the country.

“In most advanced countries where things work, policies are driven by the patriotic zeal demonstrated by the leaders and it would permeate the society through the belief that you are not doing it for yourself alone but for the respect to humanity and thinking of the next person rather than being selfish.

“This country is a well-structured association of people with different layers of leaders at every group where you have the people and fortunately, Nigerians are easy to persuade when they are well coordinated by their leaders at each of the structures that they belong to.

“At this stage of the spread of the COVID-19, the best way to go is not to resign to fate but for the leaders to rise up to the responsibility of leadership by constantly .reminding the people the basic preventive measures against the spread of the virus through their own lifestyles so as to fight the virus with natural forces until it vanishes from the face of the earth.

“As of today, people know the basic rules of avoiding crowded gatherings, keeping safe distances, and wearing face masks correctly at all times that they have to attend events at places where they cannot avoid.

“They are also aware that they have to always avoid direct contacts with friends and family members through hugs and handshakes, but when that happens, the use of constant hand washing and hand sanitizers when they interact with people would also go a long way to reduce the possibilities of new infections.

“However, it is observed that a few leaders who talk about these preventive measures are only paying a lip service just as a matter of mere information and not a matter of importance basically because they see the fight as a Federal Government project.

“The leaders have to practice what they preach so that the majority of the people would see them leading by good examples.

“Unless they do that, the country is very likely to continue to witness some strange deaths and by the time autopsy is conducted and confirmed that they died of the virus, it would be too late to do anything about them,” Isama warned.

Meanwhile, he opined that despite the fact that the Presidential Tak Forces is following the global best practice in its current campaign against the spread of the Coronavirus,  it is very important that surveillance is heightened at the nation’s ports to avoid the importation of fresh genes of the virus to the country.

According to him, “We appreciate the efforts of the government at all of the airports across the country, but we think that the existing surveillance at the airports should be further upgraded to increase accuracy and reduce the time it takes for travelers who must have spent several hours, sometimes days on the trips.

“I returned to the country a fortnight ago and I want to say that the officials at the point of entry demonstrated full commitment to the job, but they need to do a bit more so they can gain speed and better accuracy in their work.

“I finished my period of isolation before the weekend and I thought it is important that I put my observations out there for the benefit of all of us.

“What I may wish to add however is the need for the government to replicate this surveillance at all of the entry and exit points at all our borders all across the country because we want the same results across the country,” Isama advised.